The Journey of the Robin Hood Footballer

The Journey of the Robin Hood Footballer

Some of the most gifted footballers have turned down advances from the world’s richest clubs, choosing instead to stay in places where they feel more at home. Musa Okwonga looks at the journey of the Robin Hood footballer.

Within football’s ecosystem, there is a special place for a particular breed of footballer: the one who, though extraordinarily gifted, spends most if not all of his career at a club that does not seem grand enough for his talents. Players like this are often criticised for wishing to be a big fish in a small pond, of being afraid to challenge themselves at the very highest level; yet we should probably view them more charitably. They are the equivalent of the lawyer who turns down the huge pay cheque at the commercial law firm in the city so that they can work on prosecuting local cases. They are what we might call ‘Robin Hood footballers’, and our game is far richer for the wealth and prestige that they often walk away from.
We can look, for example, at the career of Gabriel Batistuta. Batistuta, possessed of a shot so ferocious it could knock a front door from its hinges, spent his best years at Fiorentina at a time when most of Europe’s top clubs clamoured for his services. In the ultra-defensive era of Serie A, he regularly scored more than twenty goals a season, an astonishing return - today, if we adjust for the inflation brought on by the current wave of attacking football, that might have brought him close to forty goals per league campaign. Despite his team rarely being in contention for major honours at domestic or continental level, he performed with such distinction that he once finished third in the voting for FIFA World Player of the Year. He eventually left for Roma to pursue his dream of winning an Italian championship, but by then his legend was long since assured. There is a particular beauty in what Batistuta did in Florence, which he summed up during his tearful induction to the club’s hall of fame. “From the moment I arrived at Fiorentina”, he said, “I wanted a place in the history of the club – and now I can say I have succeeded.”
Batistuta loved his time in Florence - looking at a city with such stunning architecture, how could he not? - but his career path also gave a glimpse into the future. With the game’s major trophies being shared among an increasingly smaller pool of clubs, it may be that leading players look elsewhere for validation. For some, the choice can be a straightforward one: between going to a huge club and languishing there as a squad player, or staying at a smaller one and achieving something exceptional. 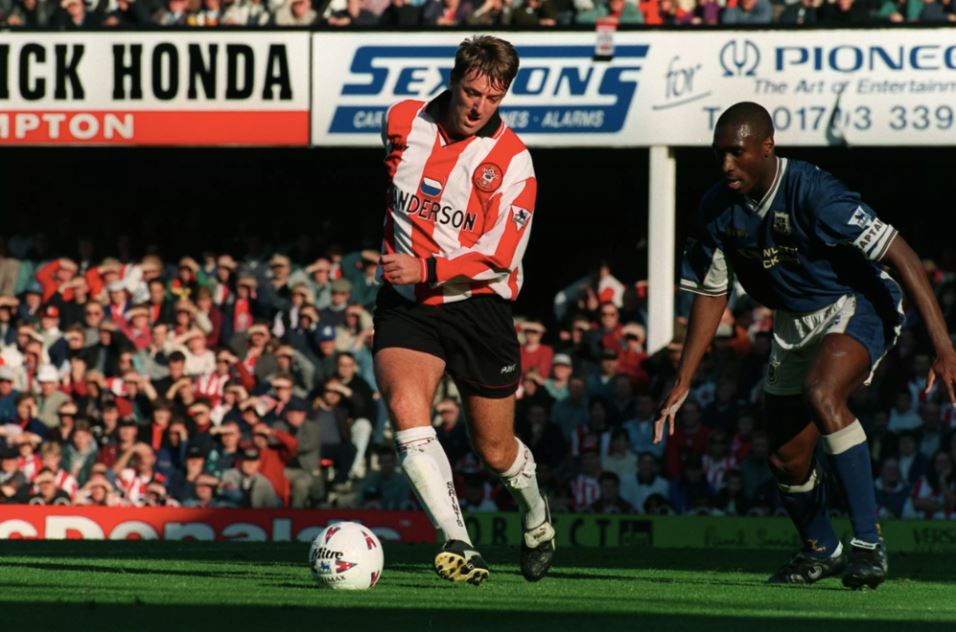 Matthew Le Tissier went a step further than Batistuta, eschewing any chance of glory at Old Trafford or abroad and spending his entire career at Southampton. There he was routinely a pivotal figure as his side evaded relegation time and again, finishing his time with them with a haul of 209 goals in 540 games and a cluster of assists to boot. Like Batistuta, he ventured away from his birthplace to establish his legend, and found the comfort of home at once.
Perhaps many people should not be so judgmental of players who choose not to leave the surroundings where they feel best able to express themselves? Neither Joaquin, a prodigy at Real Betis, or Jose Antonio Reyes, a similarly brilliant talent when he emerged at city rivals Sevilla, had anything like the same success when they moved to other clubs. Some of them like Athletic Bilbao’s Julen Guerrero, take the gamble of staying where they are in order to raise or return their institution to greatness - and in some cases, like that of Francesco Totti, they thrillingly succeeded.
In one sense, the risk can be greater when you stay on home turf. To remain at the club where you came of age, where you and your family may be lifelong supporters, involves a responsibility that few can understand, let alone handle. It is the same depth of loyalty that ties Diego Simeone to Atletico Madrid, and which anchors Juan Sebastian Veron to Estudiantes. Both Simeone and Veron, as players and managers, have at some point been Robin Hood to these teams: and, in the process, have taken a perhaps more difficult but no less enthralling path into the history books than most. Indeed, looking at the manner in which Batistuta, Le Tissier and Totti are now revered, perhaps theirs was the most rewarding journey of all.
Rabona has more stories with football insights - check them out!