The pop-star who loves Kashima Antlers, talks about football and fashion

The pop-star who loves Kashima Antlers, talks about football and fashion


“GOAL STUDIO” interviews celebrities who claim to love football. We ask them how they got interested in football, love for football, and football & fashion. This is the first feature of this new series, and we spoke to Kanae Iso who is a member of pop-group NMB48 that formed in 2013 and based in Osaka. She talks about reasons to love Kashima Antlers, involvement in football while acting as a pop-star, and her fashion.

The attraction of football that connected by one ball

Kanae Iso was a member of club team and played football between 3rd year in the primary school and 3rd year of the junior-high school (equivalent to Year 4 to Year 10 in the UK). The team achieved the best 8 at national competitions when she was enrolled, but how did she meet soccer?

“My elder brother was playing soccer in a team and I used to go about for taking to and picking him up from the training. And, when I realized I was kicking the ball with my friend, that was how it started. Then I heard that there was a girls’ football team in my local area, so I joined with younger sisters of my brother’s friends.”

In addition to her 7 years career as a player, she still has the opportunity to kick the ball now with futsal etc. When we asked about attraction of football, she emphasized the connection between players.

“The attraction of football is that we can connect with many people by one ball, I think. I now live in Osaka, and when I want to kick a ball I go to the futsal session that I can participate as an individual player, and by doing that it makes me feel the attraction of soccer is that we still have a great time without having to exchange words with people we meet for the first time.”

Although she says the opportunity to get in touch with soccer as a player is reduced compare to before, the love for Kashima Antlers, her local Ibaraki football club that her whole family support remains the same.

“As long as I’m not working I always watch Kashima’s games, and even if I have to work, I always watch it in highlight. I cannot go and watch their home games live at Kashima Soccer Stadium very often because I live in Osaka, but I visited Kashima’s club house the other day. Since my family support Kashima too, I sometimes ask my dad and mum, ‘should we go over and watch their training today?’, and go over there together.”

And the payer who recommended by this passionate Kashima lover is the DF who also plays for Japan International.

“My favourite player used to be Gen Shoji (who is currently playing for Toulouse FC in the French Ligue 1) but since he has been transferred to France I am searching for the new favourite. I’m hopeful to Hiroki Abe because he is wearing number 10 from this season, but still feel ‘isn’t it a little too early to give Aba-chan the number 10?”… He was born in 1999, 20 year-old this year. I wondered if giving him the number 10 was a little too early, but he would probably make it.” 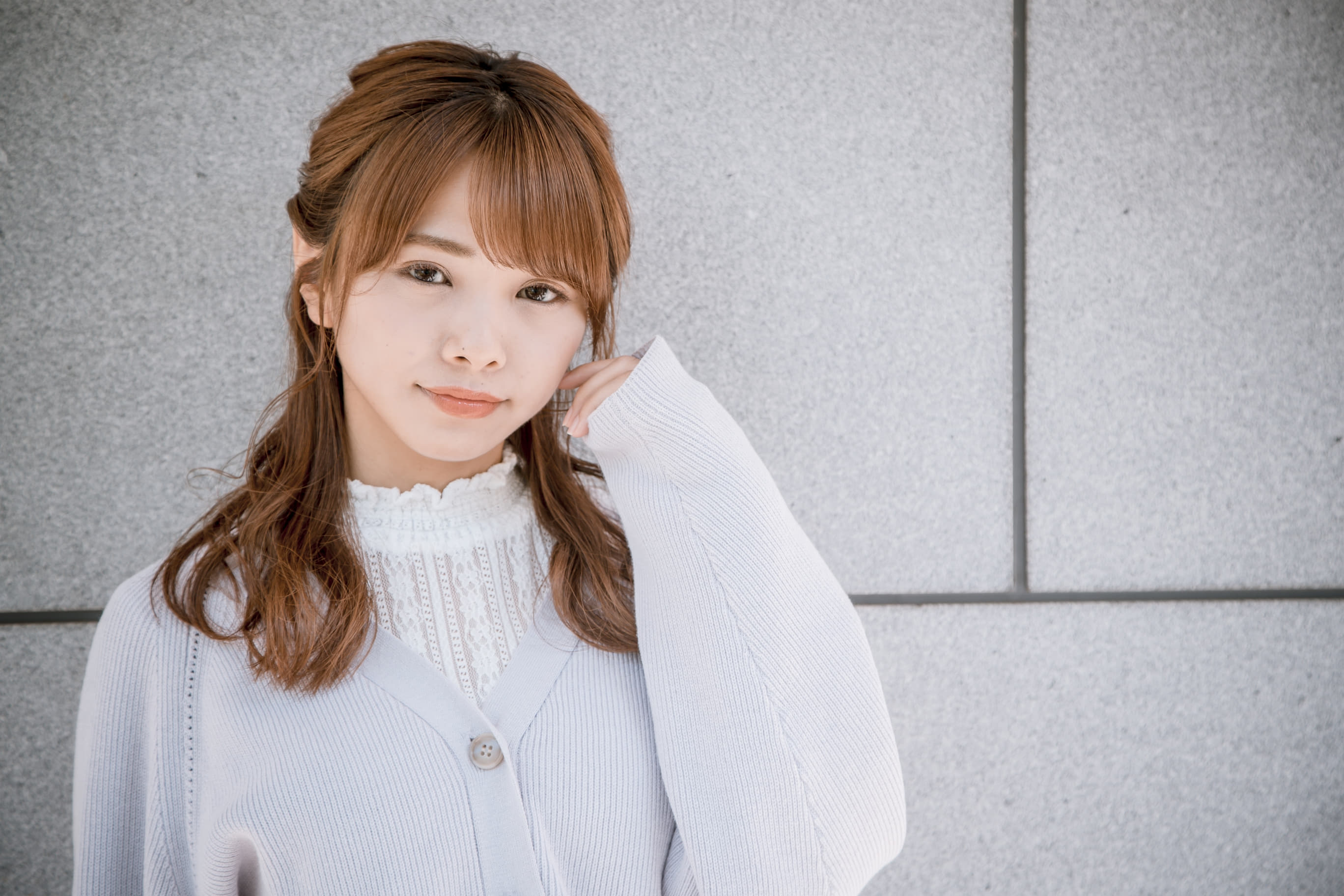 Kanae Iso as a pop-star, and football

Kanae is well known as a football lover pop-star by not only NMB48 fans but also football fans, and currently has a lot of work that relate to football.

“I was sent to the 42nd JFA Japan U-12 Football Championship in December last year as a support reporter, and also am appearing in soccer media “Cho World Soccer!”s streaming on YouTube. At the J League 2019 season’s opening match, Cerezo Osaka versus Vissel Kobe, I appeared as a selected members of NMB48 for their half time special live performance too.”

We asked Kanae to think back that live performance at the C-Osaka vs Kobe game, then she talked about herself as a pop-star and as a soccer fan.

“The joy of standing on that pitch that day was…, I had goose-bumps. I never thought I would be able to sing in front of that huge audience. As it was the opening match, all the fans and supporters were so loud. Usually, I am at behind the goal and shouting together, so it was totally deferent atmosphere to hear the cheers on the pitch. It was a truly precious experience. There were lots of NMB48 fans there too among with the football fans, and I’ve been always having this thought of I want to become a bridge of between these two. I’m happy that many people also learnt about NMB48.”

I enjoy fashion, just as I am

As Kanae involved in football as a player for long time, she has worn many sports branded clothes and shoes to date. And she has a few sports brands that are particularly interested in.

“The brand I think has cute design is ‘SVOLME’. Also ‘Soccer Junky’ who has the funky French bulldog logo is nice too. I had collaboration with them before, they have some goods in their lineups as well.”

On the other hand, when we asked about her favorite fashion brand, a surprising answer came back.

“Recently, I’m really into Pettit-Price-Coordination, and I buy affordable brands, like UNIQLO and GU. At beginning, I was a little embarrassed to post my pictures in coordination of UNIQLO and GU on SNS like Instagram, but there are so many nice and affordable items, so I hope the fans can feel it familiar too. I used to force myself to buy very expensive clothes, but since I thought I should be just as I am, then items from UNIQLO and GU are increased these days.”

While enjoying Pettit-Price-Coordination, Kanae says she is also watching out the Korean brand that is attracting attention in recent fashion scene.

“I also wear lots of ’17kg’, the Korean Pettit-Price-Coordination fashion brand, too. It’s very popular among girls in Korea, and many NMB48 members are also wearing. It’s affordable, yet very cute.”

When we asked how she started to buy such ‘Pettit-Price-Coordination’ brands items, then existence of her fashion icon has emerged.

“I love looking at clothes, and use an app called ‘WEAR’, then I met Pettit-Price-Coordination user Aya through this app, and that was the trigger. The amazing thing of Aya is that she uses clothes from UNIQLO, GU, Shimamura or Sanki but dresses so well, and make me feel like ‘is this really from Shimamura!?’. I use ‘WEAR’ app a lot for getting fashion info and referring how to dress well, and there is another user called Tera who also dresses so well, so I often refer these 2 ladies.”

She says while she was less obsessed with the brand, she became more conscious of the design and how to dress of each item.

“I am conscious of functionality and how well I wear. I like simple items. I used to wear flower patterned and plaid dresses, but now I have shifted to trousers and long skirts, mature and simple items. Plain designs, and no longer many items with polka dot.” 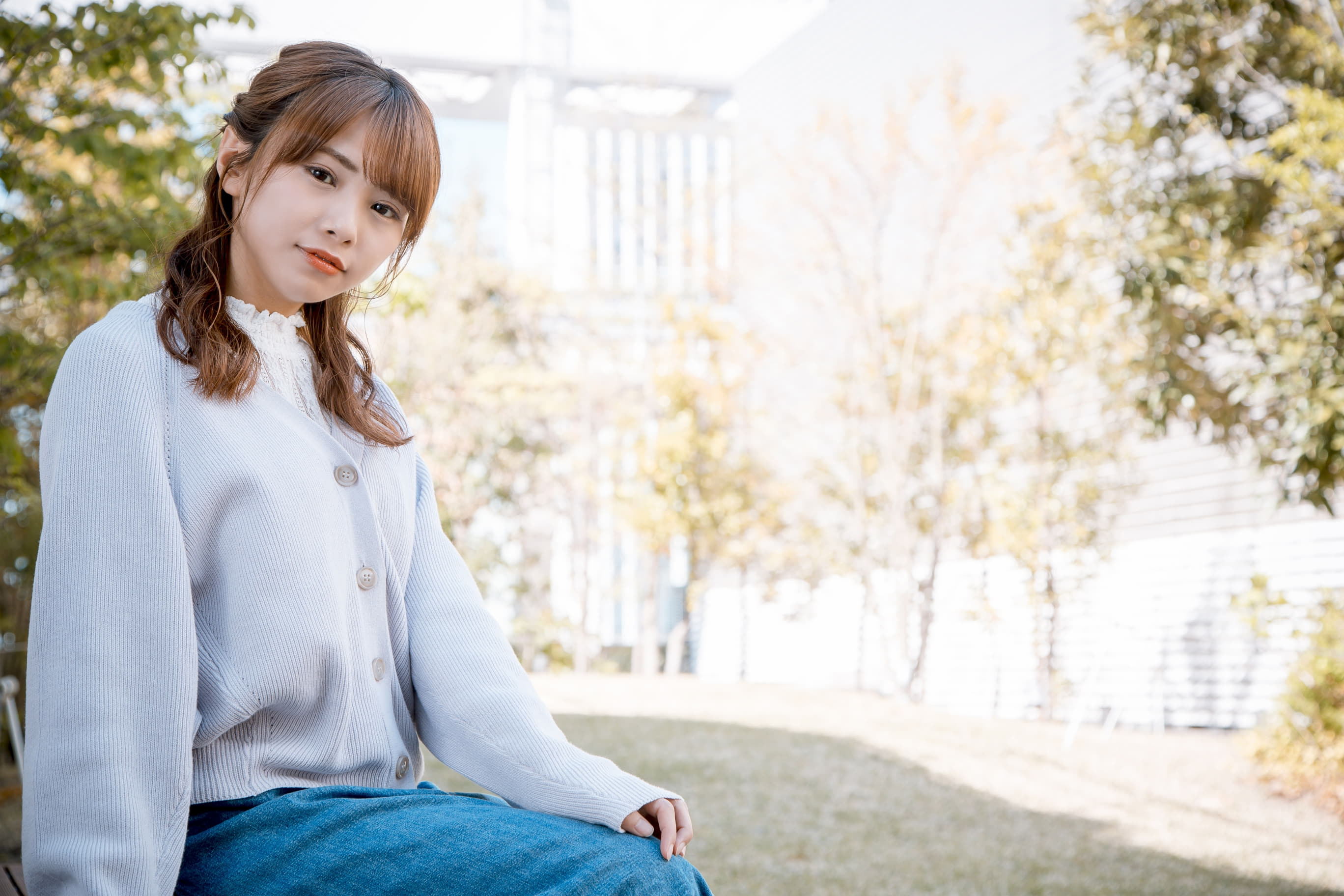 So what does she think about the impact of football on fashion and vice versa.

“For example, if a sports brand involved in soccer released cool hoodies or training pants and you are wearing them, you may be asked ‘what brand of outfits are you wearing’, and that’ll develop conversation, won’t it? And by this, people who didn’t know much about football may get interested in football. I wonder if something like this can become a trigger. Fashionable design uniforms are also increasing, so there are many good influences that fashion has on football too.”

“It looks simple and comfortable. It’s casual enough design to wear for everyday use in the town, and at the same time, we can use them when we play soccer or futsal. Also regardless of men and women, unisex clothes are very popular these days, so I think it’s good that such a part are taken in too. It’s popular to wear a little over sized items like a hoodie at the moment, and it seems that we can do that too with them. Above all, I love the simple logo.”

Lastly, to the question of ‘how will you coordinate with GOAL STUDIO items?’, Kanae suggested the dressing that incorporates the trend.

“The hoodie, I want to wear it with this long skirt I am wearing today. The top is a casual hoodie, so the bottoms should be feminine skirt. But to avoid becoming too girly, footwear have to be trainers. White trainers are popular at the moment, and it should have thick sole.”