“My only desire was to become a footballer” A fashion model, JOY, talks about football

“My only desire was to be a footballer.” Fashion model JOY meets GOAL STUDIO

“Goal Studio” continue their series of celebrity interviews this week with fashion model JOY, another star with a huge passion for the beautiful game. Born to a British father and a Japanese mother, he opened up about how his passion for football and love for fashion. JOY put his heart and soul into the sport as a youngster – and he was a very talented player, too. But alas, JOY finally chose to make a career on the catwalk rather than the pitch. So why didn’t he go for football? And what captures his imagination in the world of fashion?

JOY, a regular presence on TV in Japan, opened up on why he became a model, recalled his first encounter with football, discussed his current relationship with the game, and revealed his favourite footballers.

-You were modelling before turning professional, right?

“I was a reader model, so I still had a long way to go before turning professional. However, I have been fond of fashion since I was young. My elder sister was a model, so I was able to learn lots things from her. Later, I started to work for magazines, and I have made a lot of fashion-minded friends. I’ve learned a lot from them.”

-You used to play football?

I threw myself into football before graduating from Junior High. Afterwards, I stopped playing as I started a modelling career for magazines. That said, after becoming an adult, I set up my own team so I could play again. We joined the annual “Onshuhai” competition, which is for people in the arts and music industry - we won the title this year.”

- Did your father get you into football?

“My father is British, but he is not particularly interested in football. That is rare, isn’t it? As I was so lively and energetic, he thought, ‘This kid should play some sport’. He took me to a football school when I was three years old. From then on, I was hooked. I did not study at all because my only desire was to become a footballer.”

- You had high hopes of making it?

Yes. At one point, I joined Arsenal’s youth academy for a short period. I was a fan of the club and really admired Dennis Bergkamp. The way he played was so cool, so he was a role model for me.”

- Do you have any favourite players?

“One of my favourites is Zlatan Ibrahimovic. His style of play is cool, as is what he says. I like a player who can create a chance and single-handedly lead a team to victory. He is beyond a colossus, as he already proved with his countless achievements.”

- What about Japanese footballers?

“I like Shoya Nakajima at the moment. He looks like he had a great passion for football as a boy and managed to retain that into adulthood. He says that he always tries to enjoy football. I hope he remains like that. He is a very exciting player. Another one is Takehiro Tomiyasu, a defender. Regarding him, one of my close friends, Tomoaki Makino of Urawa Reds called him, “A great young player to emerge.”

- Do you talk with Makino about fashion?

“Makino is stylish and cool. I sometimes go shopping with him.” 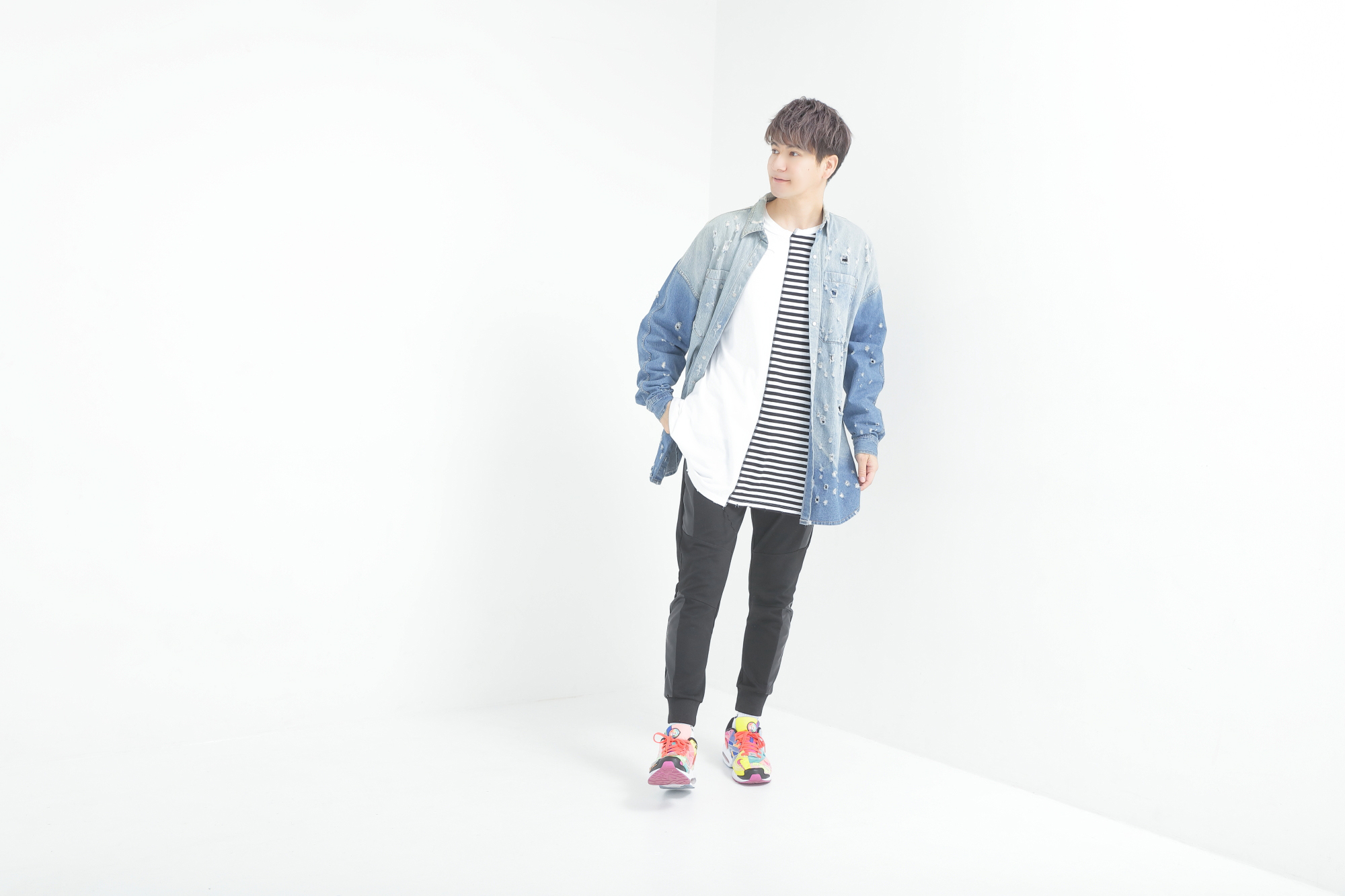 With so many opportunities in the fashion world, we expected to JOY to have very particular taste. However, when we asked him about his favourite brand and his wider thoughts on fashion, he provided some surprising answers.

- What is your favourite sports brand?

“It is Nike. I used Nike spiked trainers as a child. That is partially why I like Nike. I am 190cm tall, so it sometimes it’s hard to get the right size in Japan. However, Nike always stocks my size. Another reason is that I travel to a lot of business meetings by Shinkansen (a bullet train) or by plane. I want to be comfortable during the journey. Denim pants make me tired, so I go for athletic clothing as it’s functional and allows me more freedom of movement. Recently, a lot of Kappa products have been quite fashionable, too.”

- How about another fashion brand?

“It is SAPEur, which some of my acquaintances in Nagoya established as a street fashion brand. Among their line are some very famous T-shirts with the basketball player Dennis Rodman. I also like the loose silhouette Also, I always wear sneakers and it goes well with them.”

- Are you particular about fashion? What is crucial in fashion for you?

“I don’t think about it, but I prefer loose clothing as that allows me to move my shoulders easily, as I don’t want to feel tight (laughs). On top of that, I don’t wear many accessories because too many items all over my body doesn’t feel good.”

- In terms of fashion, who is your role model, if you have one?

“When I was young, my role models were all fashion models from magazines. However, nowadays, [all models] are more accessible. I look at shop staff overseas or users on Instagram for reference. When I go out with Makino, I sometimes get some inspiration.”

Finally, we asked JOY to provide his honest opinion on each item in our 2019 Spring/Summer Collection.

- What is your first impression about items of the lifestyle brand, “GOAL STUDIO”?

“This is my favourite sort of style as I like a loose fit, so I like this brand. It is not tight, but fashionable, posh and it is easy to wear. The tracksuit pants and jacket combination is fab. The length, covering the back of the hand is good. The pullover looks very nice. The design is also simple, so this brand doesn’t look to fussy.”

- Here are the bags and accessories. What do you think of them?

“This bag is nice. When summer arrives, if people want to add some vivid colour to their look, it will work well. Also, it goes with a white or black T-shirt. Look at this football kit - does it mean that people wear it in town? That’s a new idea. It looks effortless in which to move around, so it could be good. All in all, this brand is excellent and cool.”