Think of any iconic moment in football. When you see the scene in your mind, the players, the grass, the ball, the stadium all come into view, with the specific jersey etched in your memory. Every time you see that jersey in real life, it's connected to that particular moment.

Luke Roper grew up wearing Aston Villa jerseys, supporting his local club from the time he was a boy and from the time that they were crowned European Cup winners in the 1980s. Now he designs their jerseys, hoping that the club in his heart can create new iconic moments wearing his Luke Sport kit. 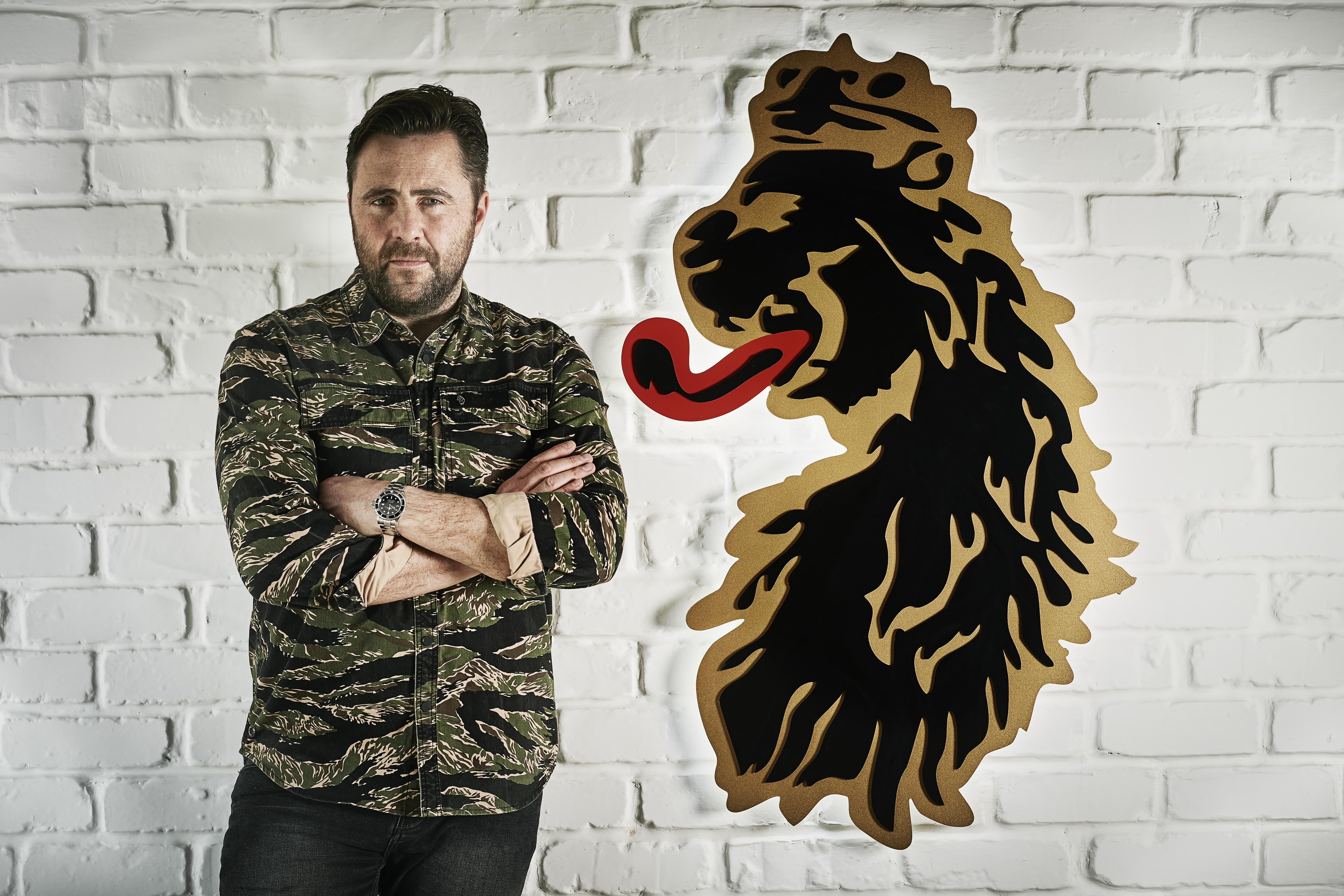 For Villa, Luke is the perfect person to design their kit, with his new strips making their debuts this season as they look to return to the Premier League. He understands the club as a lifelong fan, and he understands what football fans want. For him, "the clothes are just as important as the season ticket."

Now, there is no separating football and fashion. They go hand-in-hand as footballers promote clothing ranges on Instagram and fans wear football casual outfits with pride. This is also Luke's belief when it comes to designing Aston Villa's jerseys.

"Fashion and football are linked, but it's never been more apparent than it is now," Luke told Goal STUDIO. "We've got a subculture that grew from the terraces in the UK - football casual. But that's now been cloned all over the world, the Eastern Europeans, the French have all got a growing football casual subculture. 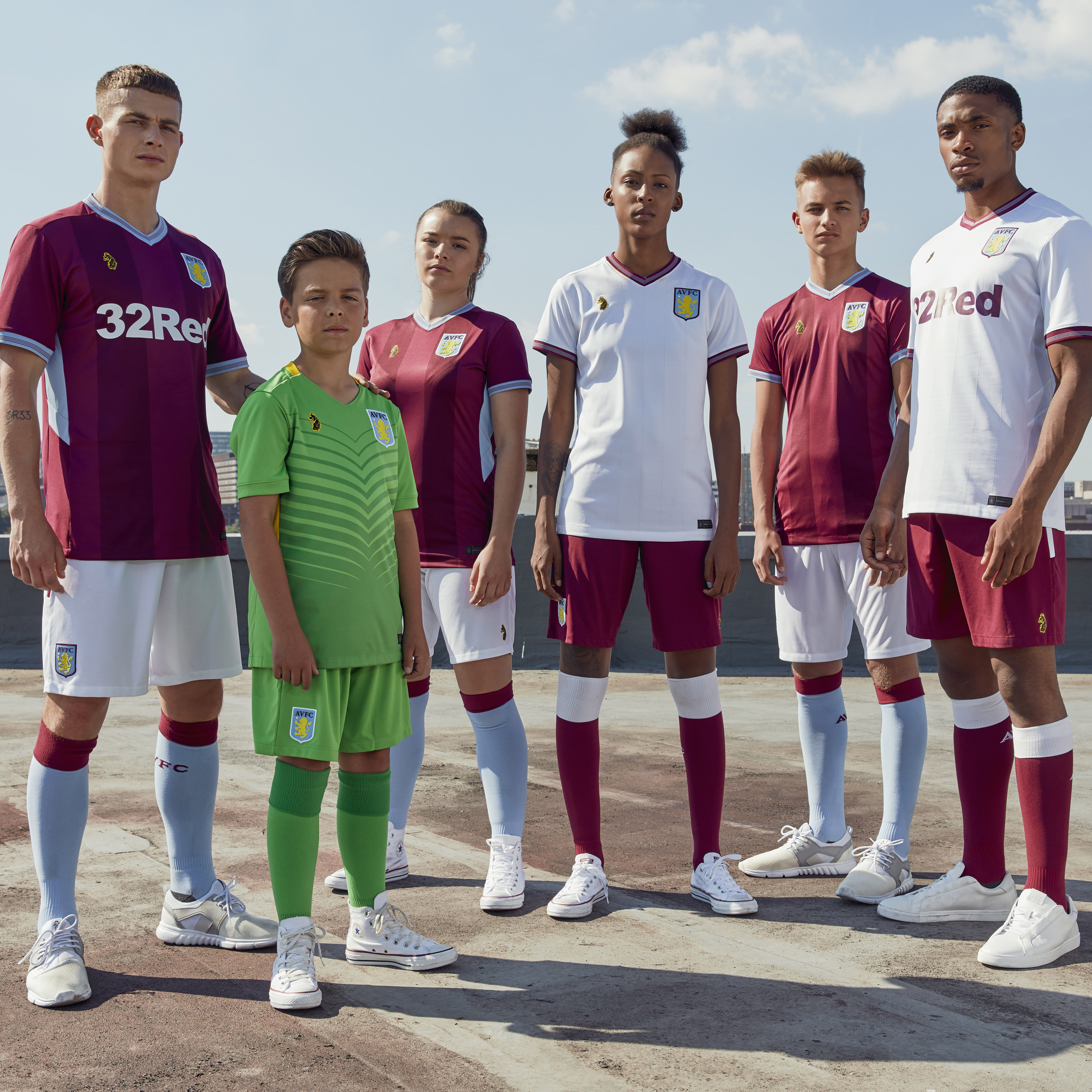 "The clothes are just as important as the season ticket. It's almost tribal as part of the club. Our business started off being aimed at that fan, who looks good on the terraces on Saturday and then wants to look good in the evening too."

Seeing Aston Villa wearing his kit has been the highlight of Luke's career. He cannot believe that his boyhood club are now wearing jerseys he designed, with the away jersey harking back to their famous European Cup-winning shirt and the home kit harking back to the foundation of the Football League way back to 1888. He admits that he still gets emotional seeing Villa's players in his kits, a feeling that will never get old for him. 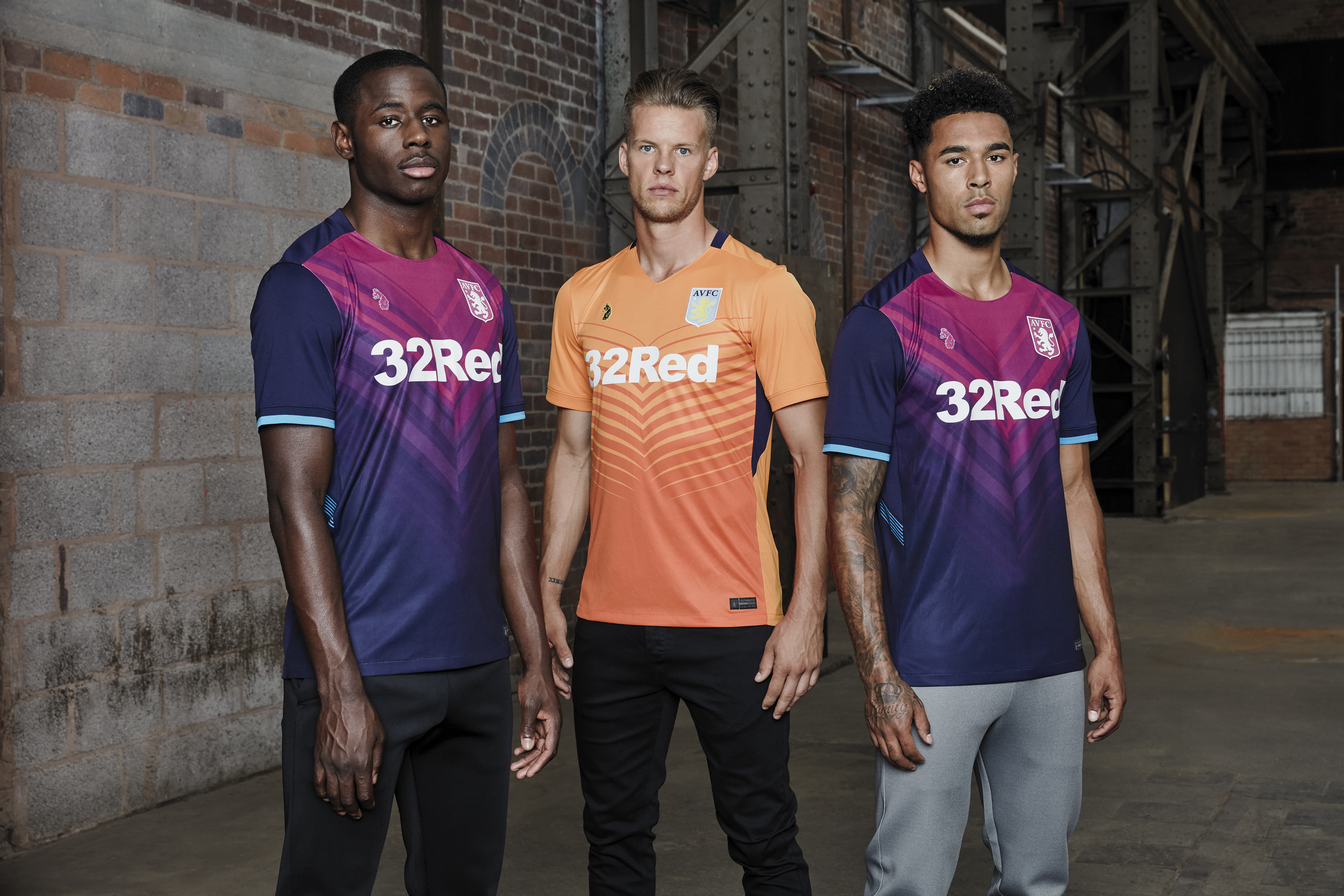 "It's the biggest cliché I've used this year, but it really was a dream come true," he admitted. "Emotional, proud. I'm proud of what we've achieved in 18 years, but the icing on the cake was seeing the first home game and the team coming out with our kit on. It's emotional, even now."

When Villa were challenging Manchester United at the top of the table in the early 1990s with the advent of the Premier League, Luke was just starting his career in fashion, something which developed from a young age: "Growing up in Walsall Wood in the West Midlands, my mum had a small sewing room at the back of the house. She was a wedding dress maker and designer, so there was always a sewing machine in our house. It was a bit of Billy Elliot moment when I was 11 or 12. I sat at the sewing machine and had a go at it, and it came with relative ease. It started from there really. I started making shirts the following year, around 1990."

Now, he's looking ahead to upcoming seasons not just with Aston Villa, but other clubs in England. Designing football jerseys is a long process, which can take up to two years as teams try to create the perfect jerseys to display the fabric of the club.

"For us, the process starts with concept to various stages of design, various stages of getting colours right, the trims right, the fabrication spot on," he explained. "Then you go into prototype samples, second protos, then into the final samples. Once they're signed off, you're looking at three months production and then six weeks shipping. With a good wind, it can be nine months, but these things often take 12 months or more.

"We're at the start of April now and every football team's kit will already made an on a boat and coming over or in the final throes of production. Eighteen months is a more realistic timeframe though. Kit designers and kit creators are already working on 2020-21 kits. They're already on the drawing board for us and other brands. There's nothing quick in this game."

New kits for the 2019-20 season are already being revealed by the major clubs, with Aston Villa's jersey yet to be unveiled to the public. For Luke, it will be exciting for him to see his favourite team wear his latest designs, but even though the 2019-20 campaign is still months away, he's already planning for the following season!