How the USWNT Define the US

How the USWNT Define the US

The United States played Thailand for their opener to the 2019 FIFA Women’s World Cup. What occurred was a massacre: America 13, Thailand 0. The United States piled onto Thailand’s misery not only by scoring goals but also by celebrating each and every one of them as if they all scored the winning goal in a World Cup Final. Public reaction was not favorable as viewers ridiculed the USWNT for a lack of sportsmanship. The USWNT seemed to be less than apologetic. From the words of co-captain Megan Rapinoe the day after:

"I think our only crime was an explosion of joy last night.” 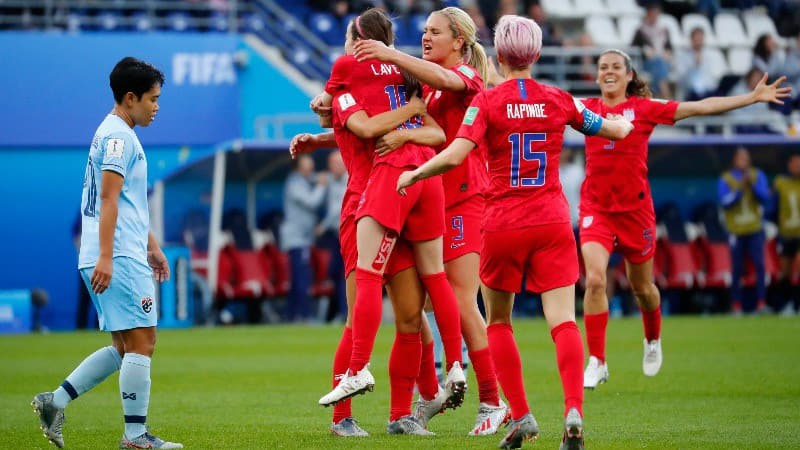 Rapinoe wasn’t directly referring to the USWNT’s happiness as a crime. She implied the team’s amount of joy was as grand as the level of an explosion. While some may view Rapinoe’s comments in poor taste, others may view them as nothing extraordinarily revolting. Those who align with the USWNT may find no discrepancy between the reactions of Rapinoe and those of any other American. It thus offers an interesting component into the subject of how much the USWNT is part of the country’s mainstream. And to those unsurprised by Rapinoe’s follow-up statement, they may be in agreement with the notion of how the USWNT has been influential in shaping American culture.

The USWNT is both in agreement and disagreement with the general public regarding certain facets about their country. There is a collective synergy among Americans that their country is a beacon for opportunity and the best nation of a sea filled with variants unmatched in appeal. Yet an aura of suppression seems somewhat visible, and the USWNT has felt that unwanted feeling for a while now. For them, it’s been an issue that’s been long as time itself.

There has been a continuous demand in America to strictly adhere to an ethos in which all living beings are granted equally ample opportunity. The USWNT has contributed to that in spades, or so it seems. It’s important to note that the current structure of the USWNT may not be looked upon as a wholesome representation of gender equality. A certainly evident though is that the USWNT serves as a multi-dimensional cash cow. It has become a staple for both the United States Soccer Federation and American media outlets, both who have obtained great profit from uniquely passionate and gifted female athletes. It’s become a team-oriented, star-producing machine with multiple generational talents after another. It’s become part of the mainstream, where footballers like Mia Hamm can be viewed in the same tier as other elite athletes like Michael Jordan and Abby Wambach could be the central focus of an advertising campaign for an organization like Nike. It has also become a part of American culture to never accept any ounce of personal dissatisfaction. It is that kind of frustrating component which triggers Americans to initiate some form of rebellion. Thus, the word strike becomes prevalent in professional disputes just as it is in baseball or bowling. Following the trend of labor unions in professional sports organizations during the ‘90s, the USWNT kicked off the twenty-first century by initiating a strike against the United States Soccer Federation (USSF). Citing inadequate wages, the USWNT’s top players boycotted participation in the upcoming 2000 Australian Cup. Fearing the strike would continue until that year’s Summer Olympics, the USSF relented by implementing a new collective bargaining agreement that would minimize the monthly wage gap between America’s male and female footballers. 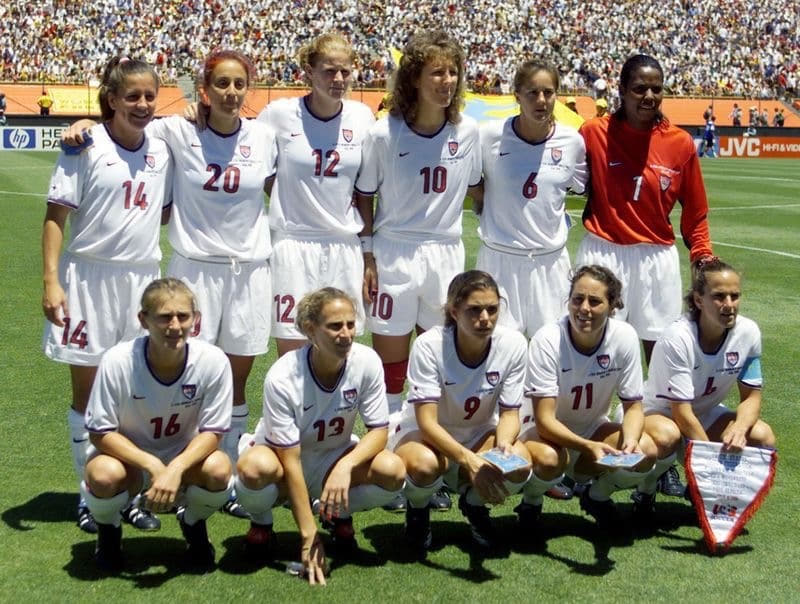 Individuals seemed to become more comfortable in expressing their frustrations at the change of the decade, particularly athletes part of the USWNT. In what was viewed as unthinkable at the time, members of the USWNT had actually filed a complaint. It can’t be officially said that the USWNT was the catalyst for what was to follow, but they were certainly part of a trend. The United States was next infiltrated by similar, but larger-scaled movements such as the national anthem protests and the “#MeToo” movement. The aforementioned Rapinoe was a prominent example of a Colin Kaepernick follower who protested against the national anthem in their own setting. 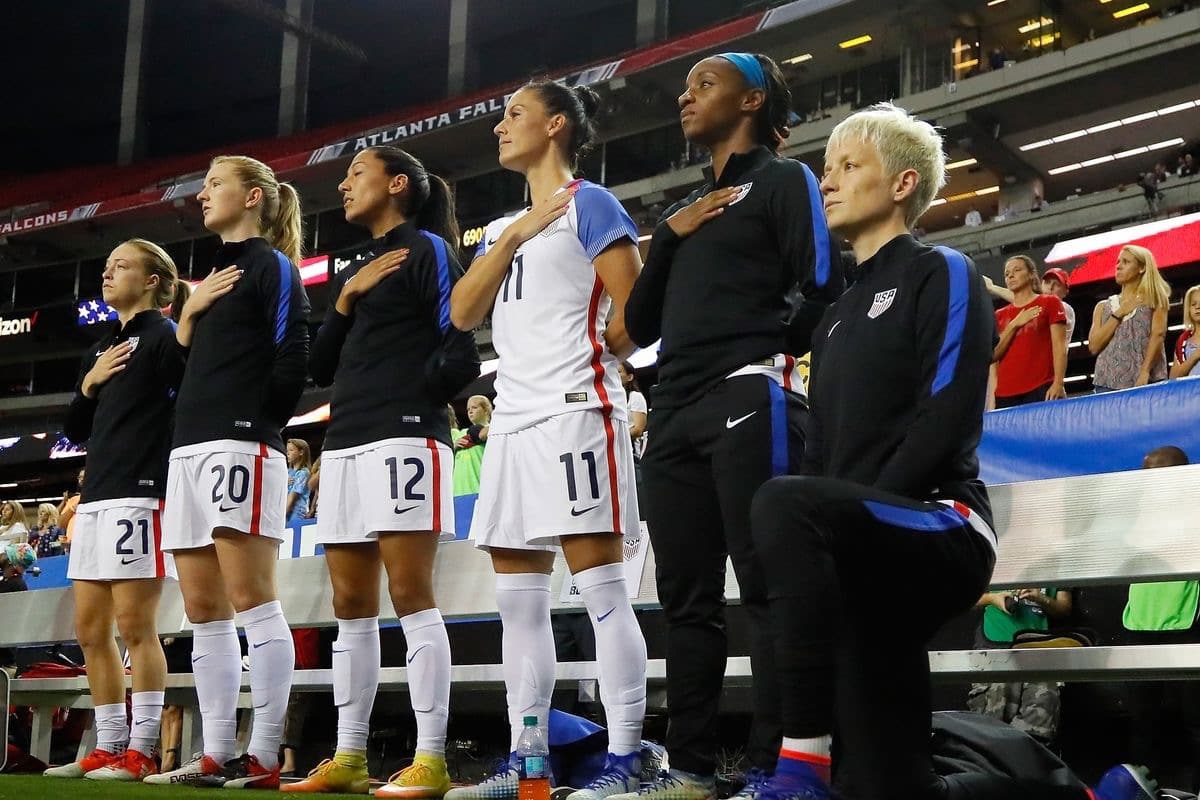 The whole USWNT also engaged a step further, in which all its members filed a gender discrimination lawsuit against the aforementioned USSF just a few months into 2019. The turn of the decade seemed to invigorate fights against injustices that many individuals felt. Perhaps, the USWNT has served as a precedent. A lot of people had a broad understanding as to how athletes in the USWNT felt about their status: underpaid, undervalued, unrewarded. But rather than sit and watch an unfavorable situation transpire, the USWNT was one of few who pioneered a direction by committing to action.