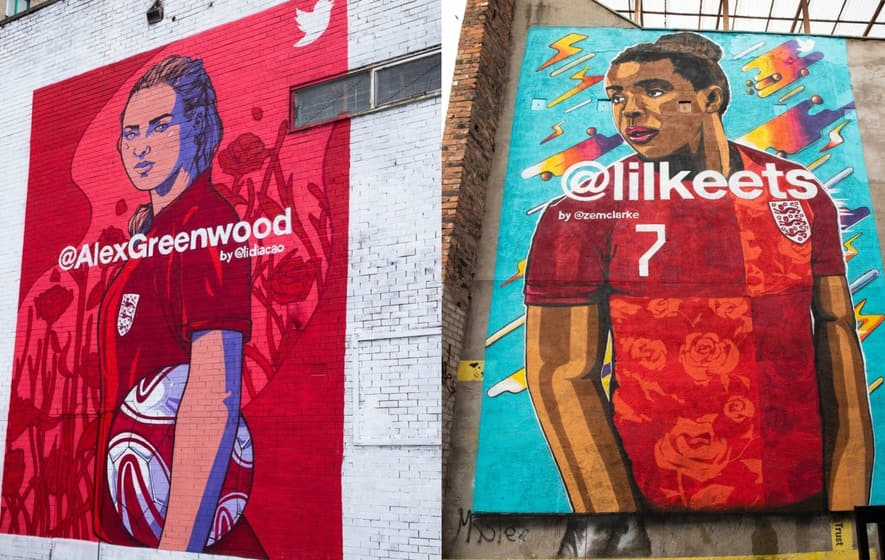 Ahead of the Women’s World Cup beginning on Friday, murals depicting female football players have been created in locations spanning the UK.

The murals, commissioned by Twitter, are located around the UK in the home towns and cities of England and Scotland national team players.

Players depicted include Nikita Parris (Liverpool), Beth Mead (Whitby), Toni Duggan (Liverpool) and Steph Houghton (Durham), and have been painted by a variety of artists. 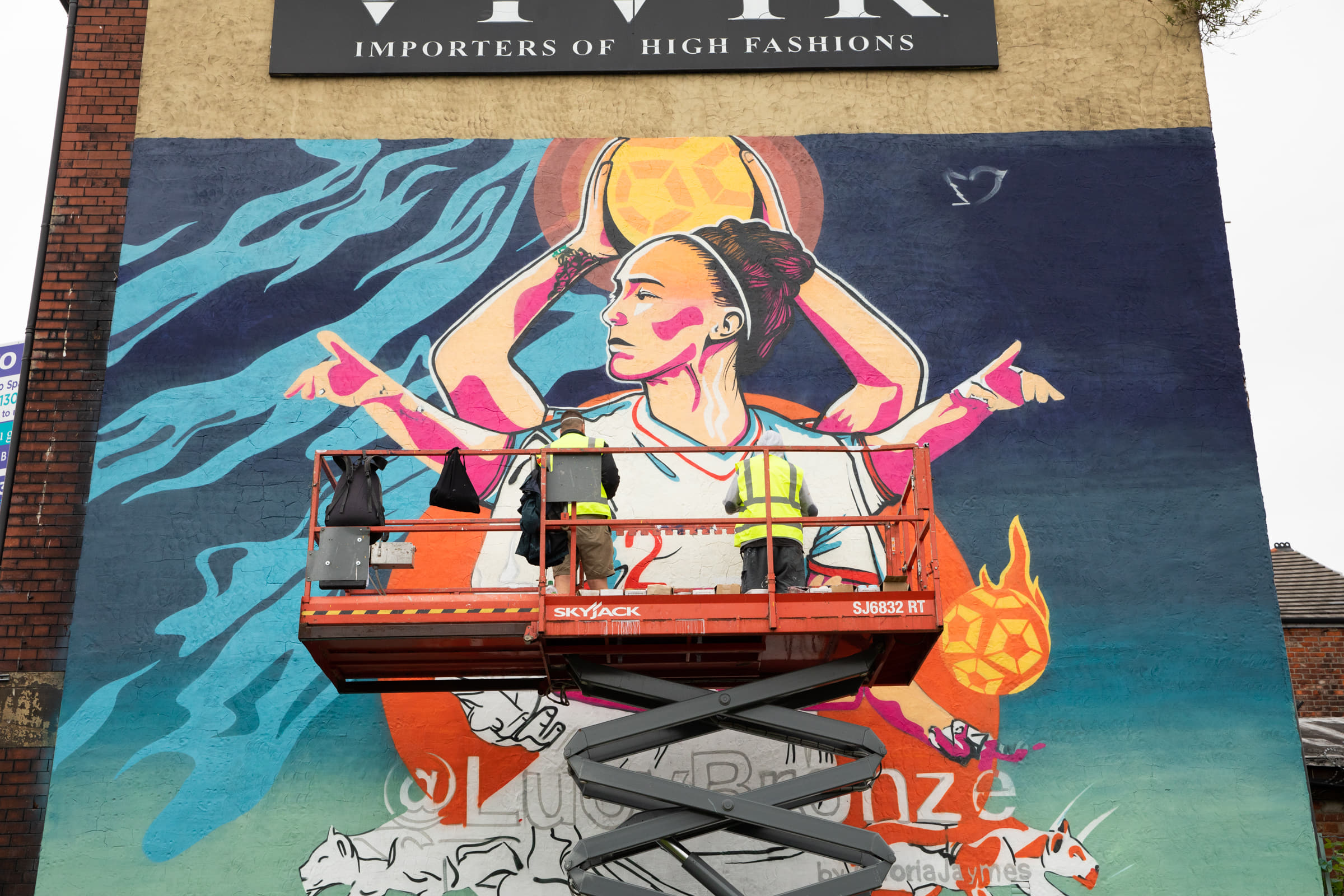 Claire Emslie, who plays for the Scottish national team, said: “It’s really cool to have a mural of me in Edinburgh.

“It’s a bit surreal but I’m really grateful to Twitter UK for such a great activation. I’ve already had family members trying to seek it out to take a picture with it.

“Things like that are something you’ll never forget and it’s something I’ll look back on fondly.” 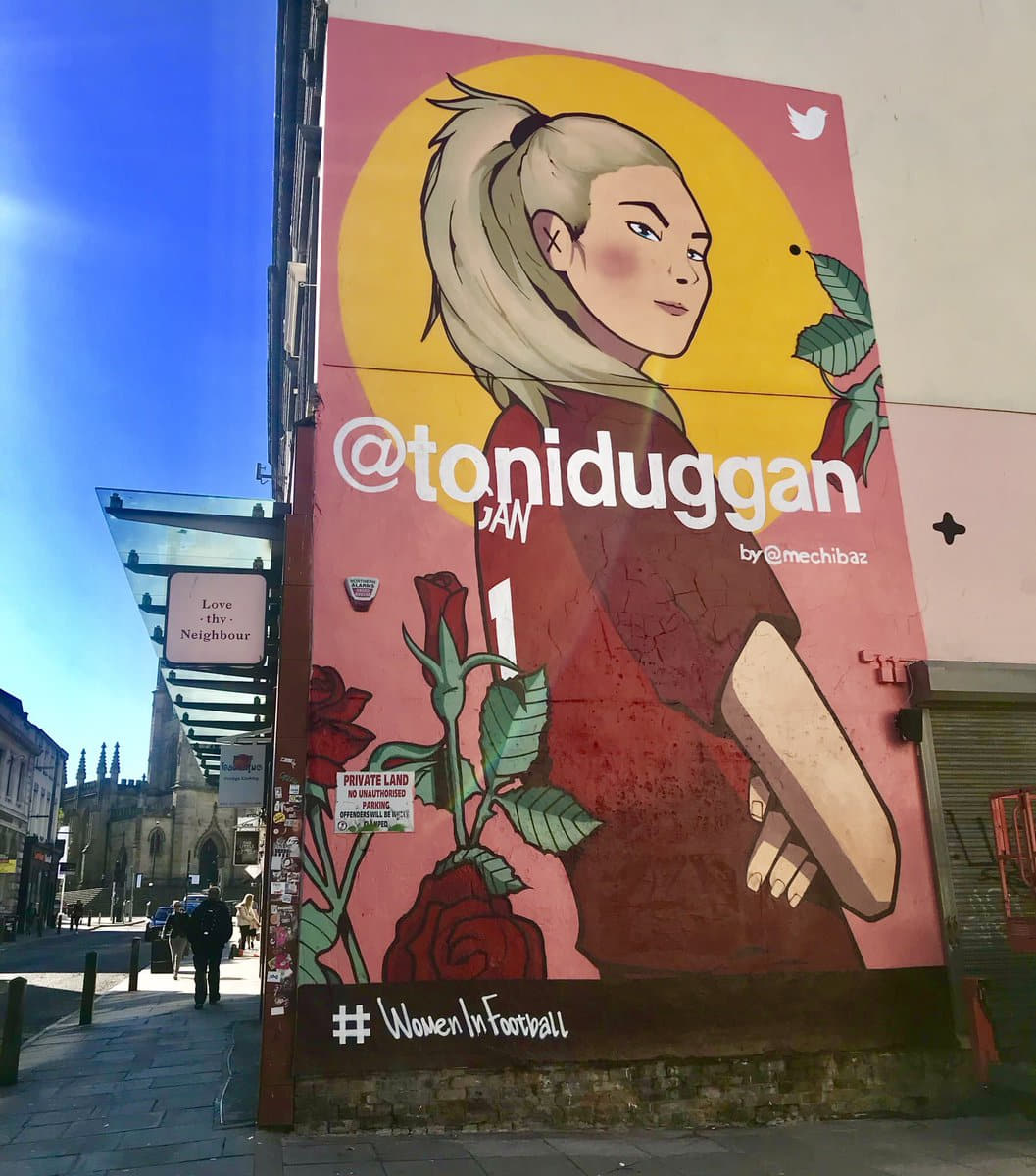 The murals have gone up in Manchester, Liverpool, Edinburgh, Dunfermline, London, Irvine and Aberdeen.

Each illustration is in the style of an individual artist, with the Twitter handles of both the footballer and artist displayed.

“We’re proud to be driving forward conversation around the women’s game, launching the first ever #WomenInFootball emoji and the hashtag #WhatIf campaign to champion women and girls within the football industry.

“These murals were the perfect way to pay homage to the stars of the game within their hometowns and cities, giving them the legendary status they deserve.”

Find out more stories in THE IRISH NEWS.