[LIVE THE GOAL] ALL ABOUT FREESTYLE FOOTBALL

[LIVE THE GOAL] ALL ABOUT FREESTYLE FOOTBALL

Luca: I played in a football team ever since I was a child and I always liked to do tricks with the ball. There were some kids in my team who started trying to do the skills and at some point, I wanted to do it too. However, I wasn’t sure I wanted to pursue this as a career, because even my father told me that if I focus on tricks, I will isolate myself from my teammates. One day in 2001, I was watching a video on Youtube, and it showed me that freestyle is not only about improving my own skills, but was also about forging relationships with other freestylers, sharing experiences, skills, and enjoying the adventure together. Watching the video and getting to know about the freestyle community, I wanted to be a part of this world. 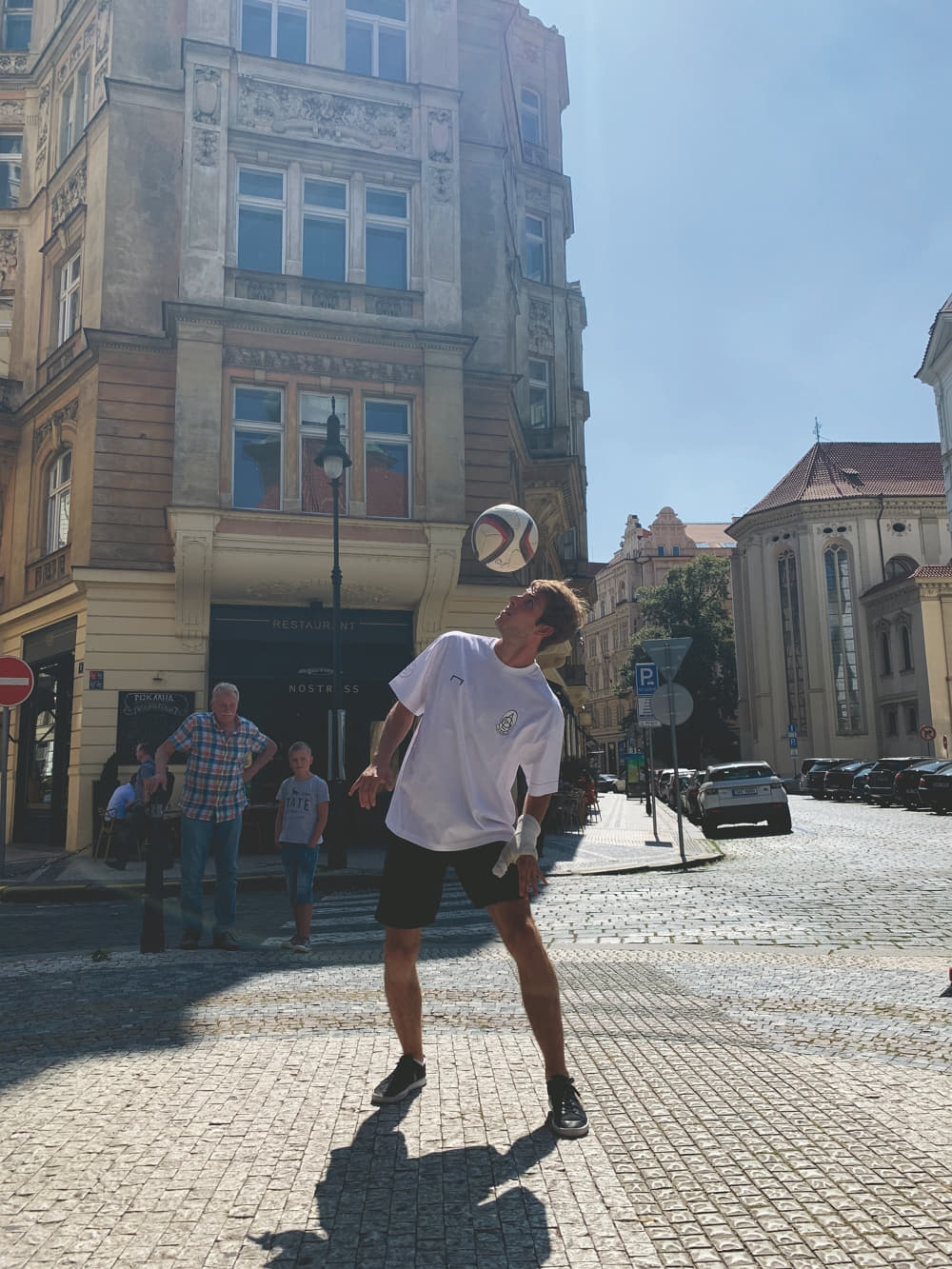 Conor: I remember when I was young, my dad took me to football games all the time. Of course, I also played in a football team, but got a bad knee injury when I was 15. After that, I could not run as I used to, but I still had the knack for freekicks. I opened up my Youtube account as a freekick taker. A lot of freekick takers also did some of the tricks and I was blown away by them. That was the start of everything. Before I started freestyle football, I was actually quite famous as a freekick taker. 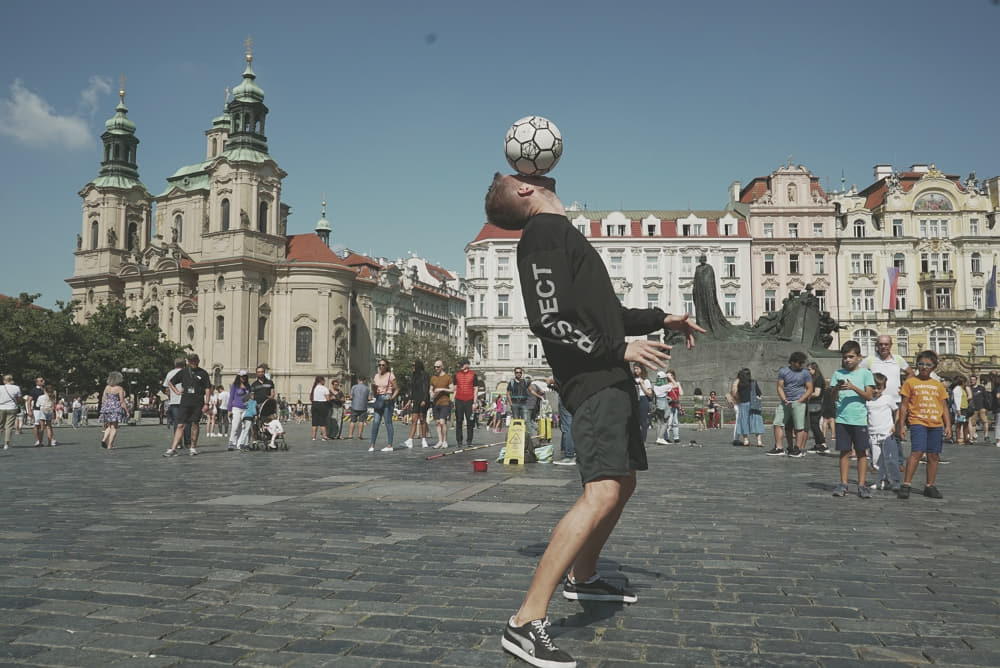 Kazane: I started playing football since I was 2 years old. Like Conor, it was my father, who led me to football in the first place, but in regards to freestyle football, it was this guy I met about 10 years ago. He practiced freestyle football with Tokura and he naturally led me to the freestyle world.

Ricardinho: I started playing football with my friends like all the other Brazilian guys do. My father played professional football and I saw him doing the basic tricks. When I was 6, I asked him to teach me his skills, but he told me I need to grow up. When I turned 11, my friend who lived in the same street introduced me to a freestyle footballer, who taught me all the basic tricks. I can say that my love for freestyle football began with my dad.

Yoana: I used to play football since I was 4 years old and at age 14, I signed up for tryouts to join a team. In a tryout, I was asked to juggle 50 times from right to left and with my head, but couldn’t do it because I had never juggled before. I was so frustrated that I searched for Youtube videos to practice the moment I came home. Then I stumbled upon a video named “Freestyle football is my passion”, and it struck me. What I saw in that video was exactly what I wanted to do. 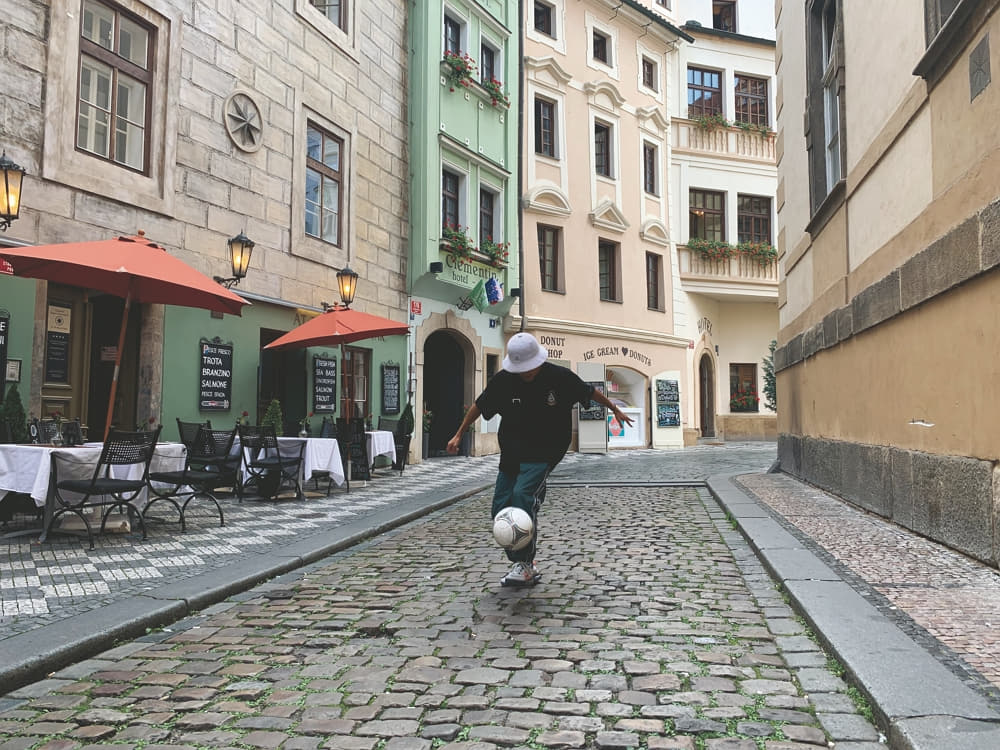 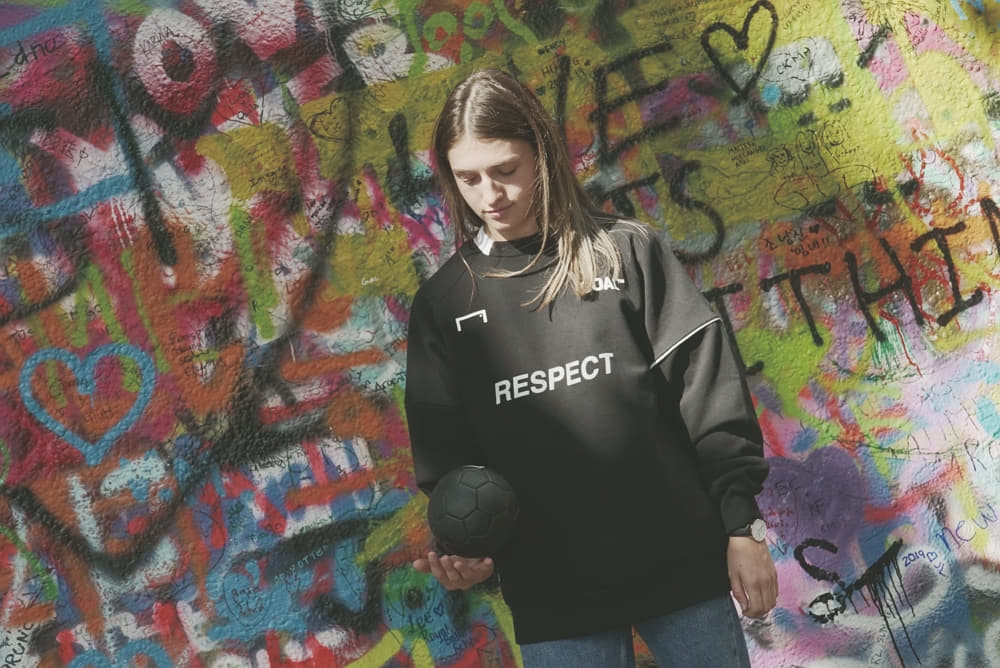 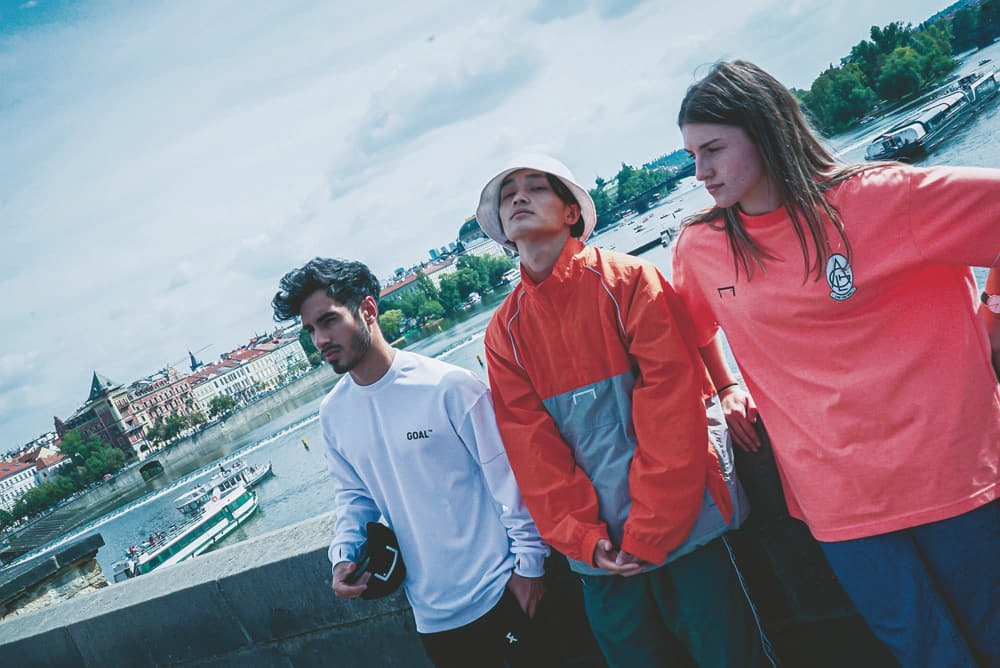 Q: The best thing as a freestyler?

All: Travelling around the world.

Conor: I get to travel the world, form lifelong friendships. Wherever I go, I know there is always going to be a freestyle footballer.

Ricardinho: One time I was in Moscow, I missed the flight in the middle of the night. There were not many options, so I just called a fellow freestyler living in Moscow and he came to pick us up. I ended up staying there for a week.


Q: How about the worst thing?

Ricardinho: It took me 6 months to recover from the previous injury, and for 6 months, I was very depressed. I don’t know how to explain this feeling, but I felt like I was losing power. It was such a frustrating period because I could see everyone else but me training and getting better and better and there was nothing I could do. 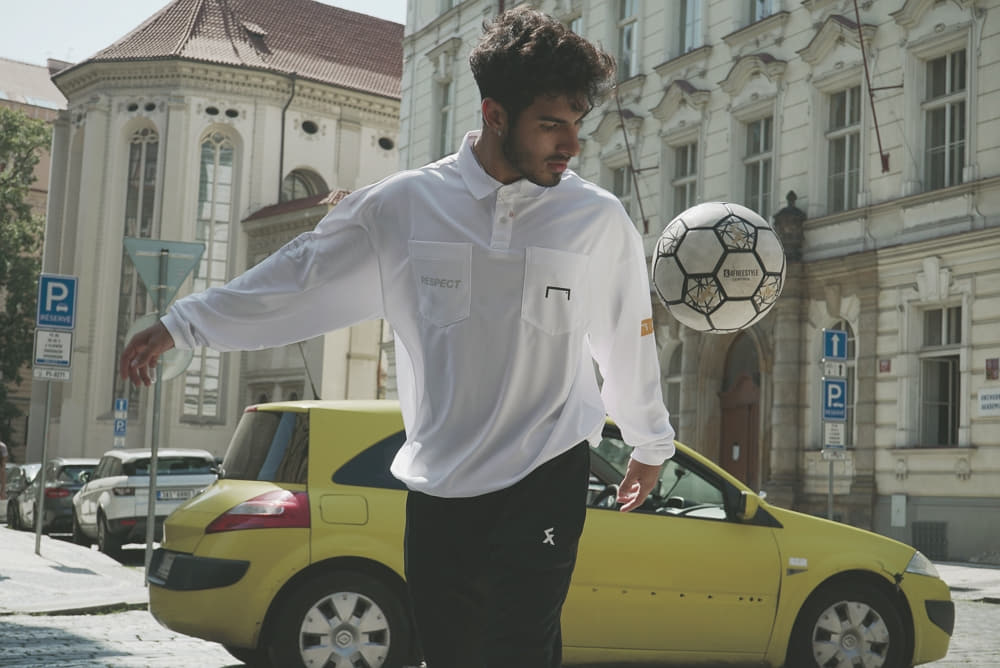 Conor: Since it is also my full-time job, I get a bit obsessed with training when I don’t have any shows or events. And if I decided to take a day off, it feels like I am wasting my life. If I don’t want to train anymore, I should go get a normal job like everyone else. That’s why I hate injuries and when I’m in a good shape, I almost force myself to train. Maybe I should now learn to enjoy the sport again and not see it too much as a job.

Luca: Sometimes, we must stop for a second and look at us objectively on what we should be doing to make freestyle football more entertaining to broader audience. To do so, we should also enjoy it and have some fun with it. I think Kazane is already there.


Q: How do freestyle footballers make a living?

Conor: For most of us, spring/summer is the peak. We get a lot of shows during that period. So, for me, I make money in the summer to cover the winter.

Luca: For how things are now, I can make a decent living. However, this is because I do not have any responsibility for other people. If I have family members to support, I think I will have to do other work.

Ricardinho: Same here. Fortunately, I was able to get a sponsorship as well. Since I am single, I don’t have to worry about making a living, but the situation will sure change if I were to start a family.

Luca: Of course. If you are alone you won’t die as long as there is a ball. But it is important that you are a professional and should try to work with big brands in order to grow the industry as a whole. Therefore, we should put our efforts into finding a way for more people to enjoy freestyle football as we do. I think Kazane is doing the perfect job. Traditional freestylers need to improve the stage manner to entertain the audience.


Q: Where do you see yourself in 5 years?

Ricardinho: I am doing all I can to stay in shape for as long as I can, but I am still feeling a lot of pain at this moment, so I am not sure whether I will be still competing after 5 years. I will however stay in this community, doing what I can to support this sport.

Luca: Same here. By the time my freestyle skills are gone, I would have created my identity in the freestyle scene. People will remember who I am and what I’ve done, so it will be important to make your name known and this will come from the skills. And as you get older, the key to develop and maintain your skills will be the consistency in training.

Conor: The younger generation is blessed with a better environment to improve faster. They have social media. When we started it, we barely had Facebook. No one could speak to someone outside of their boundary. To improve, you have to talk to many different people. However, I’d rather recommend improving slowly, starting with the fundamentals. This is because they might be able to work on a very difficult trick by watching it on Youtube, but at the same time they could miss the only chance to really learn the basics to connect all the dots when they get to learn many other tricks.

Luca: I think it is important for us to educate the young generation how to improve in this style. When I did not know how to improve in uppers, a few words from BenGau helped me a lot. I feel like his words have become a guideline to me. Like this, it is super important to connect and interact with freestyle footballers who can help you and give advice. 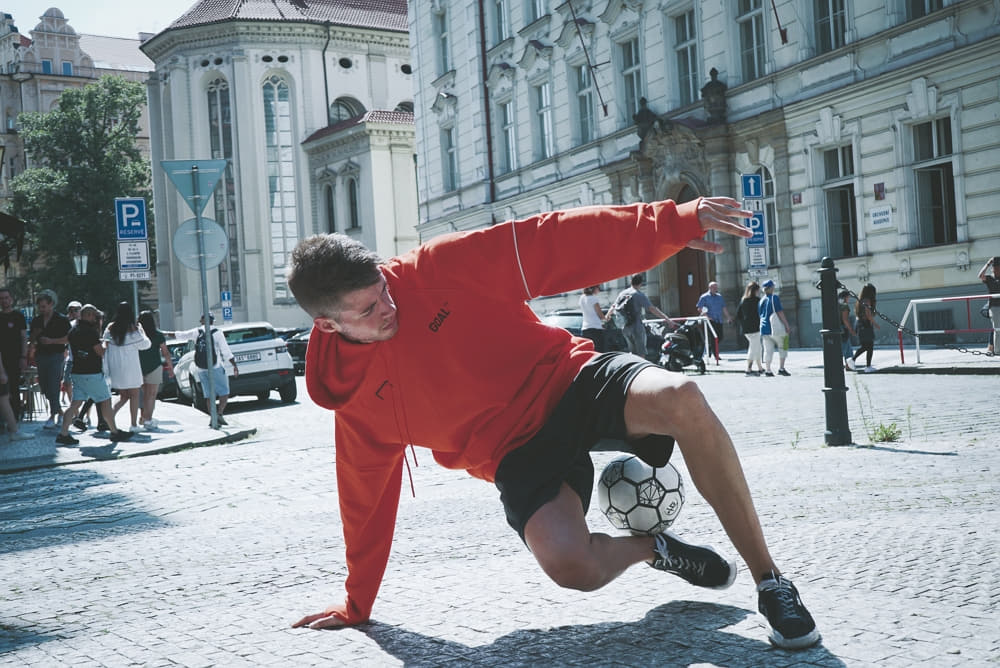 Conor: No, not a lot. There is just too small number of female freestylers compared to men. I once had a “kind of” girlfriend who was a freestyle footballer from Holland. But I’m not going to lie, it is quite weird to date a freestyler. I now have a girlfriend who does not like sports, so it gives me chance to take my mind off freestyle for a moment. 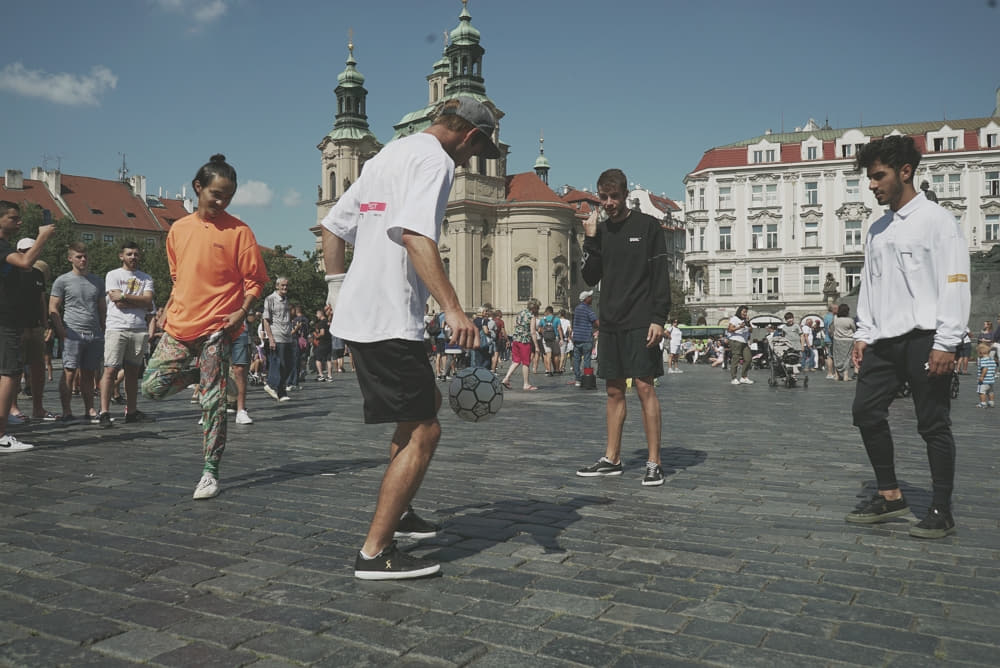 Luca: Challenge, a challenge to myself, Art, and Patience

Q: What is your goal? 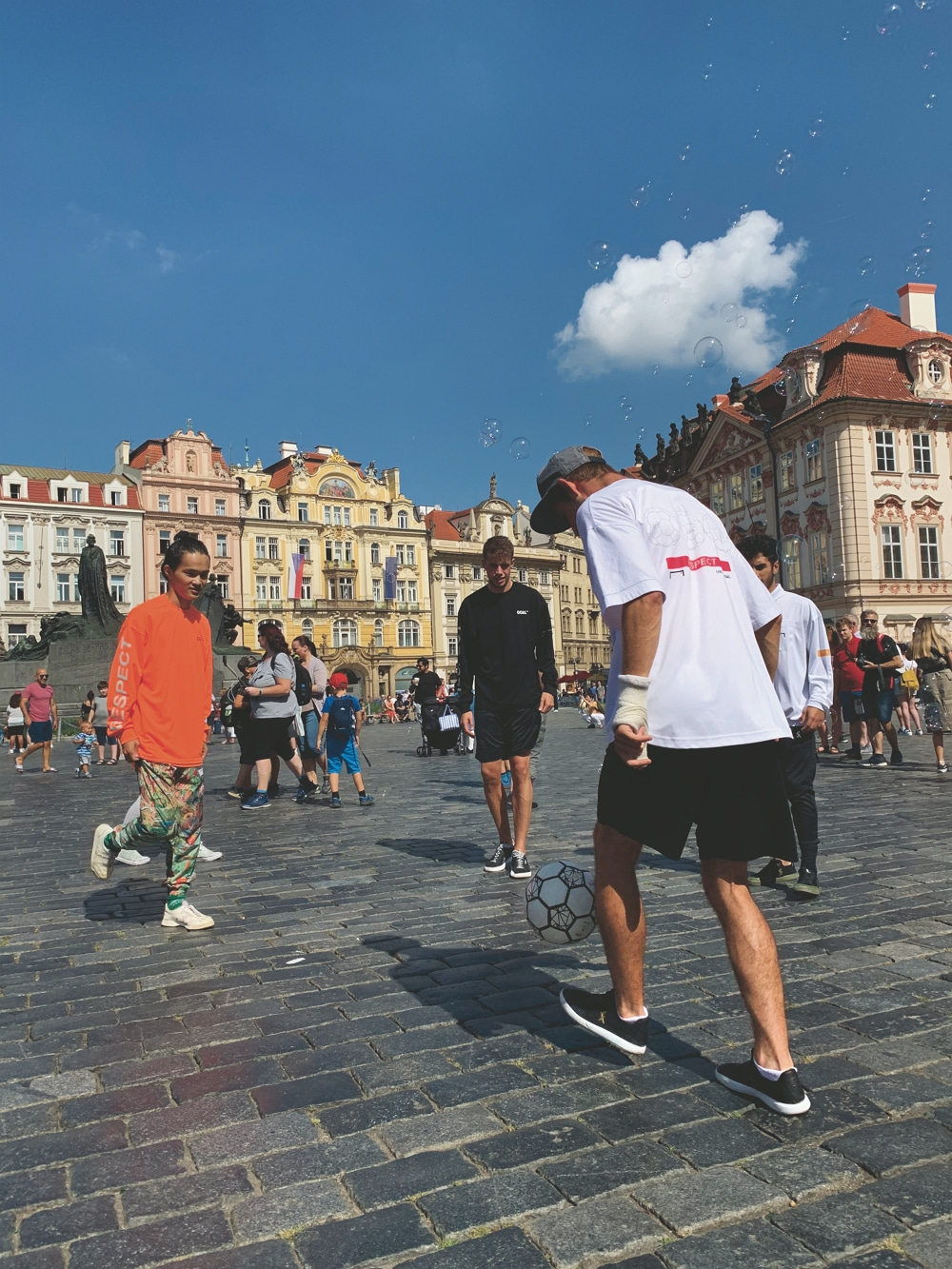 Luca: I think the goal in life is to be happy in general. For now, improving my skills, creating new tricks, and surprising myself by doing things that seem impossible are things that make me happy. It is a huge motivation for me. Moreover, I am beginning to find happiness in sharing my experiences to others lately. I am not sure at the moment, but my goal for the future could be teaching others.

Ricardinho: My main goal is to be happy I am definitely living my goal right now. When the time comes and even if I no longer feel happy to compete with others, I would still want to stay in the community maybe as a judge or as an organizer. This will allow me to take part in freestyle scene in different ways in the future.

Kazane: My goal in life is to be free, happy, and peaceful. I know it will be very difficult to achieve, but I really want to become the world freestyle champion. Moreover, I would like to learn English to better communicate with others around the world. As a long-term goal, I want to have my own select shop in Japan. It will be freestyle football themed multi-functional select shop. Freestyle footballers from all over the world can come and spend few nights here, create contents, do shows together and sell products.

Conor: My short-term goal would be to win the Irish championship. A long-term goal would be winning a major championship. In next 5-10 years, if I could no longer take place in competition, I would want to be part of the community as an organizer or in different position since I have a degree in business event management. Even though I would get paid every day, I would not want to work in a supermarket and be sad.

Yoanna: World Champion. Yeah. I will put all my efforts to achieve that goal in near future. In the long run, I want to build a school for freestyle football.