One of the great beauties of football is that it is a game that can be played anywhere. Although fans grow up playing alongside Cristiano Ronaldo and Lionel Messi at venues such as Camp Nou, Wembley or the Maracana, even the most modest of players are able to play at some spectacular locations.

Football culture is such that players often congregate in large numbers to play in amateur matches, whether they be 7-a-side or full 11-a-side, and there is perhaps no better example of such a location than Hackney Marshes in London. 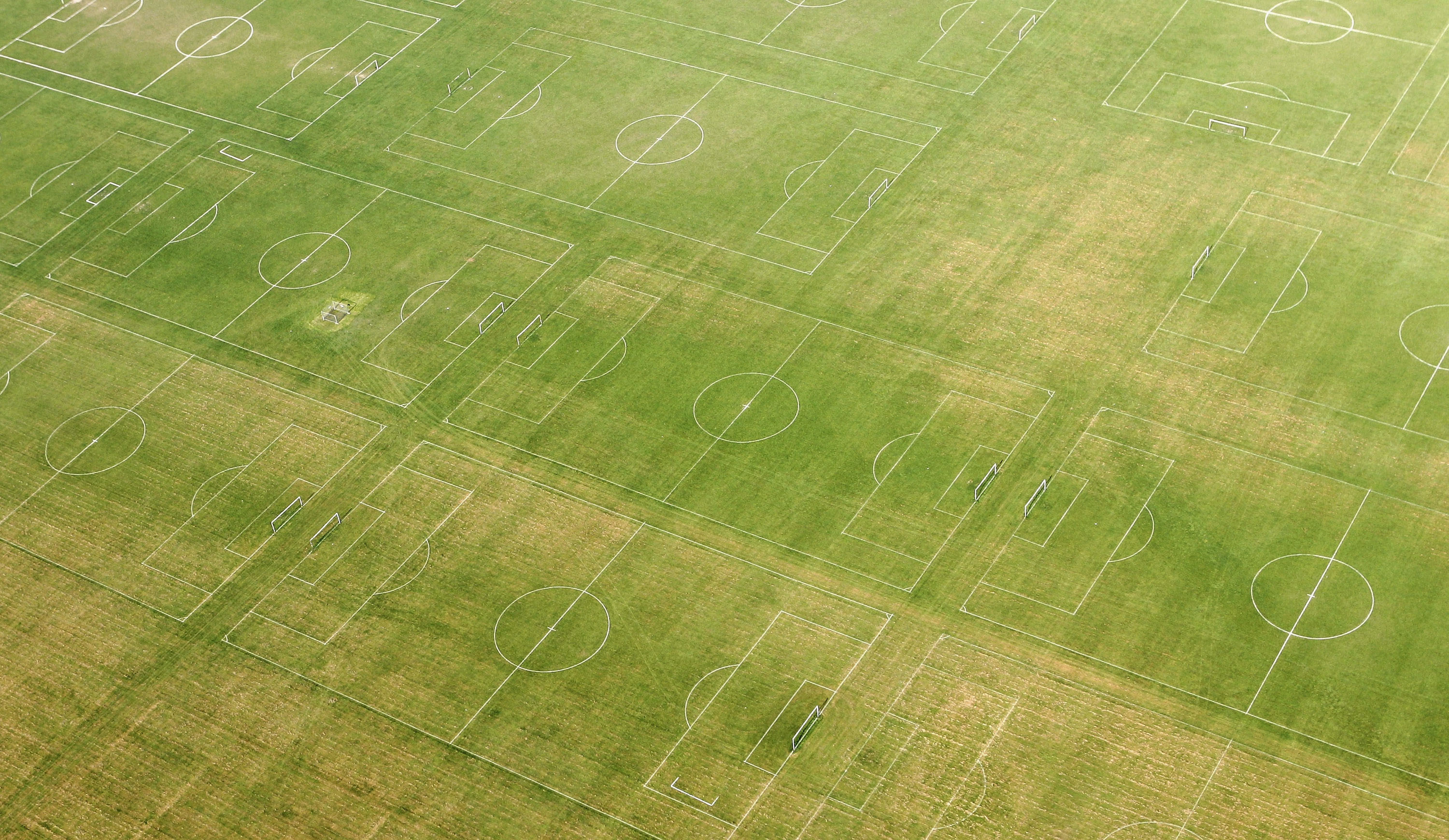 Hackney has become known as the spiritual home of grass roots football because of the vast area of football pitches that patchwork the park. At its peak, there were over 120 football pitches crammed together and even now there are still 88 – plus 14 junior pitches.

It remains a melting pot of amateur football, with various communities getting together to form teams to play in local leagues. For example, in 2017 there were three Ukrainian teams, as well as sides from Ghana, Bulgaria and Brazil, highlighting the unifying nature of football as a game for the people.

Literally thousands of players turn out each Sunday in Hackney, but a far more remote, yet equally specular venue is Norway’s Henningsvaer in the Lofoten Islands. 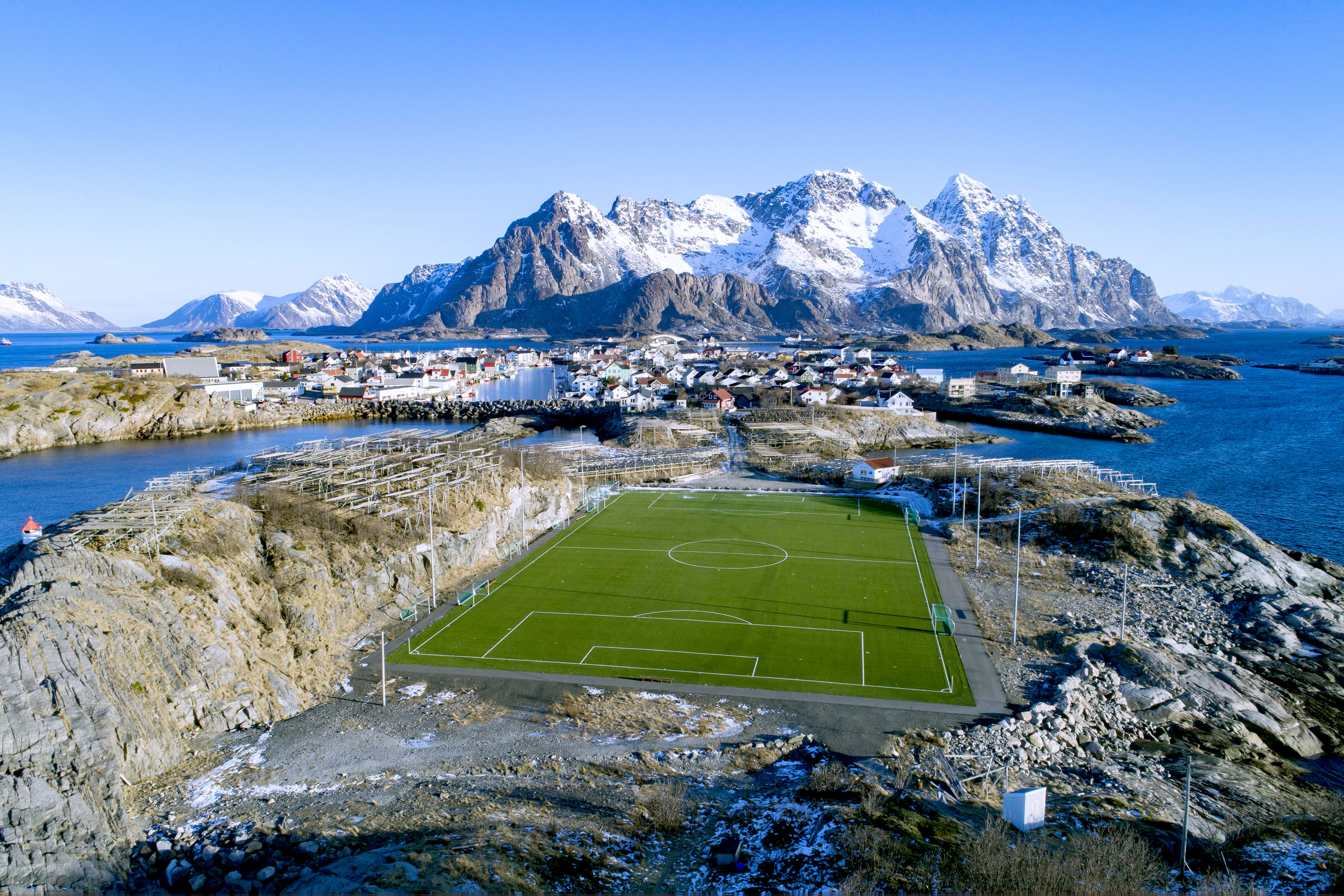 Located in the Arctic Circle, the area is known for its dramatic peaks and tiny islands, where houses of fishermen are crammed together. It could barely be any different from inner city London and indeed there is only one football pitch – but it is a beauty.

Stuck out on a rocky outcrop between fish drying racks, the artificial surface has been laid to allow locals to play football. Though it has no seats or even terracing of note, it has been cited as one of the world’s most beautiful football grounds.

Similarly, in Greenland there is the wonderful Nuuk Stadium with which fans use a rocky hill face as a makeshift stand.

Both these grounds make the most of difficult landscapes to provide footballing facilities, but what if there is not adequate space for a traditional football pitch, such as in city centres that are densely populated?

A Thai company, AP Thailand, came up with the brilliant ‘unusual football field’ idea in the Khlong Toei District of Bangkok. In this, they found spaces of wasteland that would traditionally be overlooked for football pitches and transformed them into oddly shaped parks, many of which go round corners or have improbable kinks in them.

The world’s first non-rectangular #football field has been constructed in the community of Khlong Toei, #bangkok, #Thailand #sports pic.twitter.com/d4UcygZP9z

So successful was the company in their goal of helping to enhance relationships among communities, they won world awards for design.

If Thailand does not spring to mind as a traditional footballing country, then similar solutions have been found in Sao Paulo, Brazil – a city that could consider itself as perhaps the world capital of street football.

With space limited, 7-a-side cages are the favoured pitches, with these squeezed into all kinds of areas, including under bridges.

But the location in Sao Paulo that is most famed for street football is Ibirapuera park, where players can camp out for two hours or more waiting for their opportunity to get onto one of the many pitches.

If you’ve got a head for heights, there are several locations in Mexico where pitches have been placed on top of buildings, negating any need to consider space on the ground. Of course, cages have been built around the roof to prevent the ball – and players – disappearing over the side of the building. Often built with bar facilities downstairs, these are some of the most sociable places on the planet to play 7-a-side.


From Mexico to California, where there is a growing soccer culture, particularly in Los Angeles, which now sports two fine MLS teams. In the bohemian Venice area, which sports unusual shops, street performers and bright murals, there is also Venice Beach FC, where everyone is invited to go and have a game of pick up. From kids to Kylian Mbappe, who rolled through earlier this summer, its increasingly one of the spots to be seen.

There are spectacular pitches all over the globe – and you don’t need to be Messi or Ronaldo to play on them – you just need to know the correct place to look.

Best Football Parks in the World - One of the great beauties of football is that it is a game that can be played anywhere. Although fans grow up playing alongside Cristiano Ronaldo and Lionel Messi at venues such as Camp Nou, Wembley or the Maracana, even the most modest of players are able to play at some spectacular locations.