2019 saw women’s football ascend to new heights as a record-shattering television audience of around one billion people tuned in to see the finest female footballers on the planet descend on France for a showpiece that will go down as one for the ages. USA, by far the best team at the competition and for so long the standard-bearers for the game, triumphed thanks to a 2-0 victory over the Netherlands in the final, thanks in no small part to forward Megan Rapinoe, who cemented her status as a sporting and cultural icon over the month or so in Europe. She has become an inspiration to the next generation intent ensuring the game reaches a new stratosphere, but Rapione is just one of countless trailblazers who have played a major role in the advancement of the women’s game. Below, Goal Studio look at 5 icons of women’s football.

Only one player has been crowned the world’s best player more often than Cristiano Ronaldo and Lionel Messi: Marta Vieira da Silva. Dubbed "Pele in skirts", or the “Queen of football.” Marta is the only footballer to have won the prize six times, leaving behind the Portuguese and Argentinian with five best player titles each. Considered by many the greatest female footballer of all time, the 33-year-old Brazilian international became the all-time leading scorer at men's and women's World Cups last summer in France when she added a 17th goal to her tally, moving her ahead of Germany striker Miroslav Klose on 16. The Brazil forward also became the first player to score in five separate World Cup finals tournaments.

Emblematic of the women's game on a global scale, Marta has played a key role in helping to grow the stature of women's football around the world. Coming from Dois Riachos, an impoverished, remote town in the north-east of Brazil, Marta made her international debut at the age of just 16. Since then, she has bagged 106 senior international goals, claimed silver medals at the 2004 and 2008 Summer Olympics among countless other accolades. An idol and role model for many, Marta was announced in July 2018 as UN Women Goodwill Ambassador for women and girls in sport. 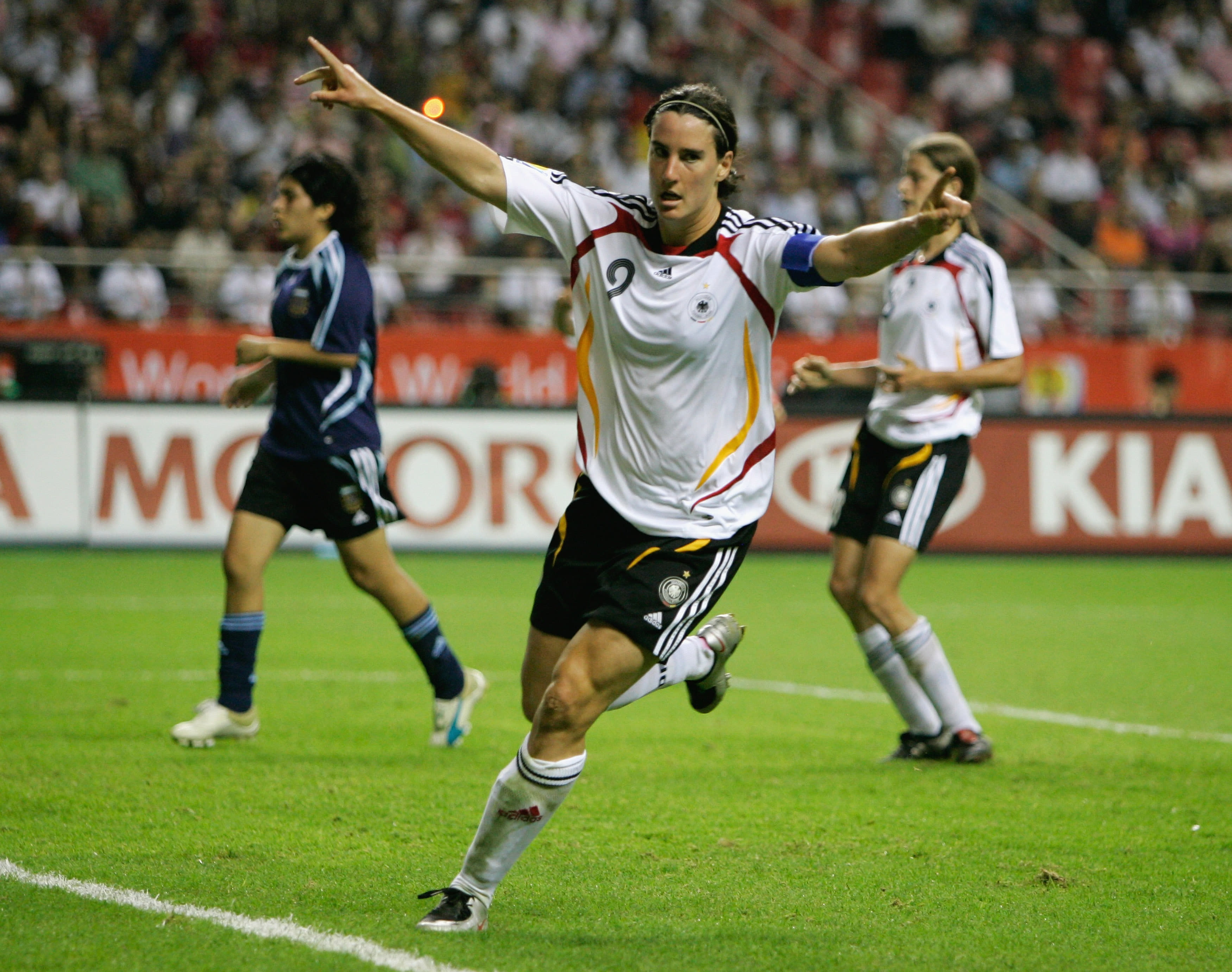 Combining powerful pace with a physical presence, Germany forward Birgit Prinz had a ruthless killer instinct that saw her find the net 128 times in 214 international appearances, leading her country to two World Cup trophies (2003 and 2007), and claim three FIFA World Player of the Year Awards (2003, 2004 and 2005). She retired from the game in 2011, but remains second in the list of FIFA Women's World Cup all-time leading scorers with 14 goals, behind only Marta.

Playing international football for over a decade and a half and with the majority of her club career spent with FFC Frankfurt colours, she monopolised the German Player of the Year Award from 2001 to 2008, a period in which the Frauen-Nationalmannshaft became the only team to win consecutive World Cups, with Prinz earning the Golden Ball one year and the Silver Ball the next. The German star now serves her country as their sports psychologist. 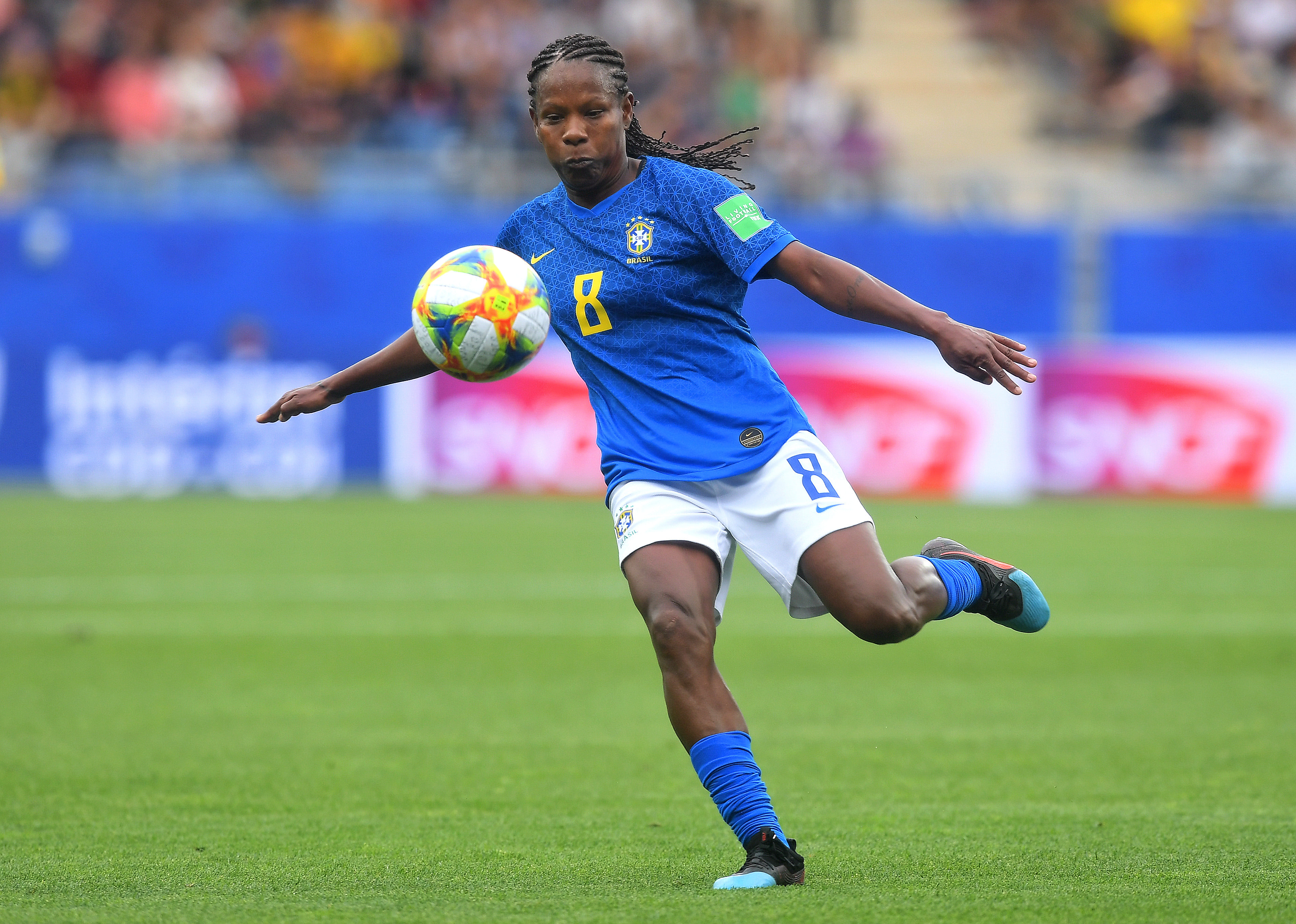 A living, breathing symbol of how far women's football has come in the last four decades, the legendary midfielder played her seventh World Cup last summer in France, which is a record for men and women.

Brazil's 41-year-old midfielder has played in every Women's World Cup except the first, in 1991, and there has literally never been a women's football tournament in the Olympics that didn't include her. She also became the oldest player to appear in a women's World Cup, and her background in the tournament stretches back to 1995 when she was just 17, the youngest player in the Brazilian squad.

Alongside Marta, the Paris Saint-Germain skipper remains a vocal force in Brazil, demanding gender equality and inspiring girls and women to follow their dreams. 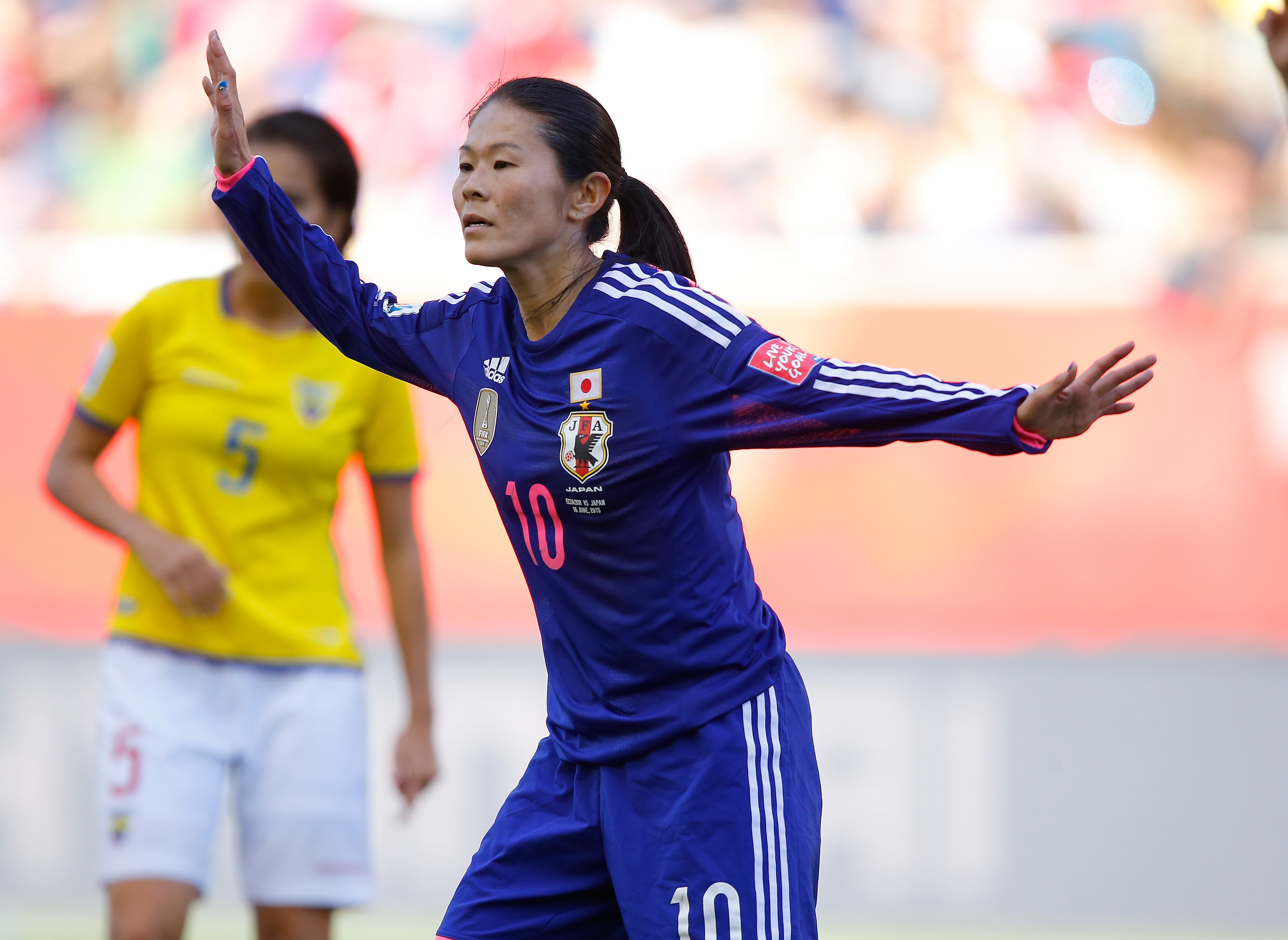 Celebrated as the best Asian player of all time, the former forward played over 200 matches for Japan, including six FIFA Women's World Cups. She collected 83 goals along her remarkable, 23-year international career, which kicked off back in 1993, when she was just 15. Her trophy cabinet shows a World Cup winner's trophy and Golden Boot, a silver medal at the Olympics and the Ballon d'Or in 2011 when she became the first Asian player to take the gong.

With her impressive vision and skill, the veteran has established a benchmark for Japanese players, who are now counting down the days to play with the support of their passionate fans in the 2020 Summer Olympics in Tokyo.

Winner of the Golden Boot and the Golden Ball in USA’s victorious campaign in the World Cup this year in France, the outspoken goal-scorer made the headlines not only for her displays on the pitch but also for her authentic personality and commitement to social activism - which led her to declining an invite to the White House from US Presiedent Donald Trump

The 33-year-old skipper, who also captains Reign FC in the National Women's Soccer League, has been protesting the national anthem since 2016 in support of former NFL quater-back Colin Kaepernick, who refused to stand for the song. Kneeling was later banned by the U.S. Soccer Federation, which was already sued by the world champions before the 2019 Women's World Cup for gender discrimination, so Rapinoe did not sing or place her right hand over her chest while the anthem played throughout tournament in France. A goal-scorer, a leader, and a tone-setter of the US team and beyond.

he Evolution of Soccer Game: History of FIFA vs PES - Several weeks ago, an announcement was made that said Juventus will not be in FIFA 20. It will still have all your favorite players like Buffon, Chiellini, and Ronaldo. However, the team won’t be there — no Juventus logo, no Juventus kit, no Juventus stadium. The result has been millions of dollars in losses for EA Sports,