The incoming culmination of the 2019 FIFA U-20 World Cup will be a topic of football discussion for a week before it fades away, never to be heard again for another two years. However, a tournament designed to discover the future stars of world football should be talked about more than it is. To commemorate, here are ten interesting facts about the FIFA U-20 World Cup.


1. The first U-20 World Cup was hosted in Tunisia

In the 1970s, a FIFA executive by the name of Harry Cavan aimed to expand football into developing nations in an attempt at providing some extra competition in the sport. Around the same time, he and FIFA were almost done completing the works of the FIFA World Youth Championship (renamed to the FIFA U-20 World Cup) and were only in need of a host nation for its inaugural edition. In northern Africa, the developing nation of Tunisia illustrated superb form in several Africa Cup of Nations tournaments during the ‘60s and seemed to be rising despite some minor setbacks. All aforementioned elements would contribute to the first U-20 World Cup, held in Tunisia in 1977.

2. There are two amazing feats from the 1977 FIFA World Youth Championship.

The 1977 FIFA World Youth Championship was won by a federation that no longer exists. The Soviet Union played Mexico in a thrilling final in Tunisia, which would ultimately be decided in a penalty shoot-out. The penalty shootout itself not only set an accolade as the first U-20 World Cup Final shootout, but it was the longest of its kind in the tournament. The Soviet Union would outlast Mexico with a thrilling 9-8 victory in penalties.

The U-20 World Cup has provided a Fair Play Award since the tournament’s inception in 1977. The award has been given to the team with the best fair play record, previously established by FIFA officials. It has been Colombia that has particularly excelled in this category, winning a record three FIFA Fair Play Awards. An added bonus is that they’re the only nation to have won back-to-back Fair Play Awards as well (2003, 2005). In a country notable for its hard-nosed play and origins, it’s amazing that their under-20 sides have produced multiple reasonably clean teams.

4. Six straight consecutive defending champions have failed to qualify for the following FIFA U-20 World Cup.

A recent trend in the FIFA U-20 World Cup’s history is a defending champion’s failure to qualify for the following tournament. It began after Argentina’s FIFA U-20 World Cup win in Canada 2007, failing to qualify for Egypt 2009. One-time winners like Ghana (2009), France (2013), and England (2017) would fail to replicate their momentary moments of success. Multi-time winners like Brazil (2011) and Serbia (2015) would also fail in providing that spark they needed to qualify. Maybe the 2019 World Cup winners could buck the trend, or just be another victim.

5. Norwegian Erling Håland holds the record for most goals scored in a single FIFA U-20 World Cup game.

On May 30, 2019, a supposedly fair matchup between Norway and Honduras ended with the former decimating the latter 12-0 as a man named Erling Håland would score a record 9 goals. 9 goals would be all Håland would get in the tournament though, as he had failed to score in matches prior and saw his country enter this particular match already eliminated from the competition. 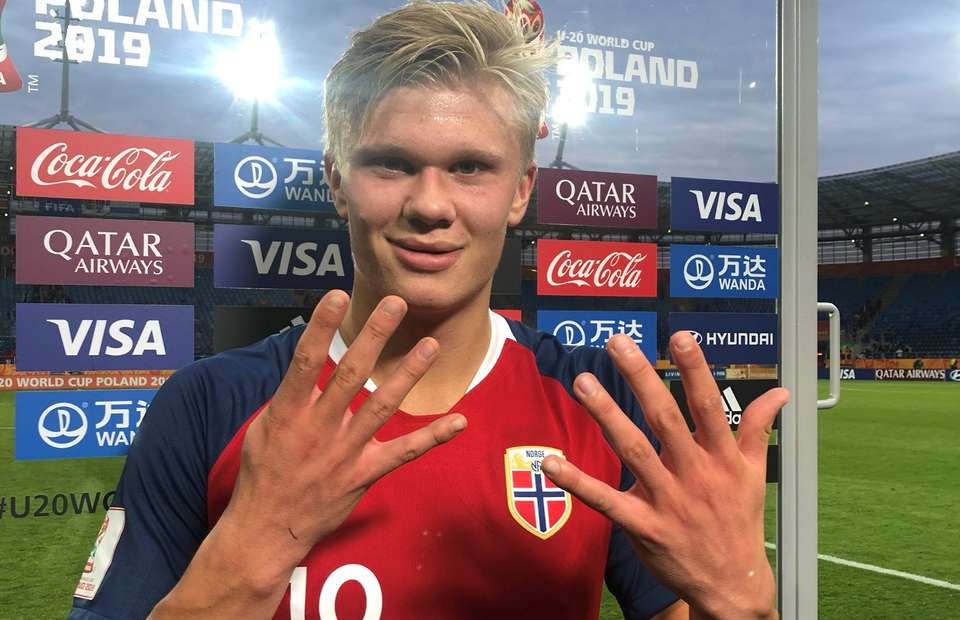 6. The U-20 World Cup has been moved several times.

Sometimes, things just aren’t meant to be. Nigeria has fallen victim to that saying more than once, having meant to host the youth World Cup multiple times but never being able to follow through. Nigeria’s 1989 ban for fielding over-age players cost them the hosting rights they obtained for the 1991 FIFA World Youth Championship, which would go to Portugal. An outbreak of meningitis throughout Nigeria in 1995 forced FIFA to relocate that year’s youth World Cup to Qatar. Some tournaments have also been re-arranged due to internal strife within the host nations. The Yugoslav Wars prevented Yugoslavia from hosting the 1993 FIFA World Youth Championship, whose hosting rights would instead go to Australia. The 2003 edition was meant to be held in Iraq but was relocated to the United Arab Emirates after the beginning of the Iraq War.

7. Three countries have advanced to the final four teams of the U-20 FIFA World Cup, yet have never participated in the FIFA World Cup.

It should be noted that the FIFA U-20 World Cup should likely serve as a platform as to how a country may perform in the next couple of years. But there hasn’t been a great correlation demonstrating such case, and the form of certain countries in this competition has been a true testament to that. For example, the country of Mali had finished third twice in the FIFA U-20 World Cup (1999, 2015) despite never having qualified for the World Cup. Two countries, Qatar (in 1981) and Venezuela (in 2017), advanced to the U-20 FIFA World Cup Finals before ultimately coming up short.

8. Javier Saviola (of Argentina) holds the record for most goals in a single FIFA U-20 World Cup tournament.

A player scoring over ten goals in a single World Cup is not impossible but has been improbable more so than not. With that said, there are two players who have achieved that feat. The first was Brazilian Adaílton, who scored ten goals in Malaysia 1997 en route to Brazil getting eliminated in the quarter-finals that year. But the man of the hour is indeed Javier Saviola, whose eleven goals in 2001 propelled him into becoming the U-20 World Cup’s all-time record goalscorer in a single tournament.

Argentina’s success as the nation with the most U-20 FIFA World Cup wins can be attributed to the glory they achieved in a stretch from 1995 to 2007. Their championship wins in 1995 and 1997 were notable for respectively remarkable traits: conceding zero goals in the knockout stages of ’95 and simultaneously winning the Fair Play Award in ’97. Their stand-alone championship in 2001 and back-to-back titles in 2005 and 2007 can mainly be credited to the individual performances of Argentinian forwards Javier Saviola, Lionel Messi, and Sergio Aguero (all of whom would win a Golden Ball). 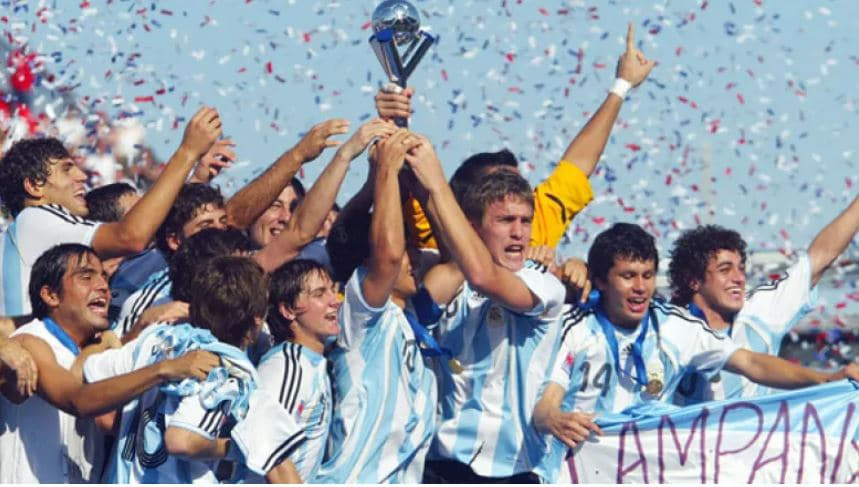 10. Tahiti suffers the worst goal difference in FIFA U-20 World Cup history at minus 21.

Tahiti’s performance in the 2009 FIFA U-20 World Cup may serve as a testament to the notion that the tournament doesn’t always provide the best the world has to offer. Tahiti was blasted in back-to-back 8-0 losses to Spain and Venezuela, before losing 5-0 to a Nigeria side that hadn’t scored in their first two matches. Tahiti’s 2009 campaign would be summed up with a disappointing zero goals scored, but an even more catastrophic twenty-one goals conceded.