To anyone who says America and football doesn’t work, look no further than a popular form of music in the country to prove said statement wrong — rap. Mainstream rappers associate themselves with football often through a simple type of shirt — the jersey. To what could be a surprise for some, football jerseys are a recurring piece of apparel for rappers. Perhaps it is clear to others, but that isn’t the case in terms of why these artists wear them. So it begs the question: why?

It’s important to note that the classic football fan is unique on its own. Most people aren’t diehards for the game, so football-related allegiances may not be all that strong. Mainstream rapper Pusha T frequently wears football jerseys, but he isn’t a diehard fan. Pusha himself has said he only sporadically watches football and has no particu-lar team allegiance. To Pusha and many rappers, his association with football lies with-in fashion. So Pusha T’s interview with COPA90 concisely sums up the short answer to the question. 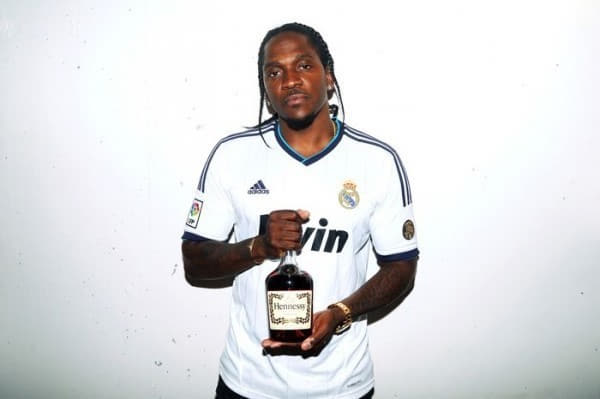 “Football jerseys are a hybrid of leisure and luxury.”

Everyone loves leisure and luxury, and no group of people seems more willing to show that more than rappers. Their unique lyrical style and have the ambition to challenge the status quo makes them cool, a characteristic synonymous with leisure. Their dedi-cation to staying on top gives them luxurious value and relevance. Football jerseys match the demands made by rap artists by providing a piece of clothing that is cool, valuable, and relevant. They provide a link in which by association, jerseys can help rappers in being viewed through desired characteristics.

The long answer is that there is no definitive answer. There is no single reason as to why rappers wear jerseys. The simple reason is that said rappers like football, hence a fan. Going back to a previous statement, however, it should be noted that not all rap-pers are traditional football fans. So it is sometimes the case that a rapper doesn’t commit to one club whose future is also uncertain.

They instead commit to the sport by wearing jerseys applicable to the mainstream. For example, Snoop Dogg has been seen wearing club jerseys from Manchester United, PSG, and Barcelona. It is clear he holds no single allegiance, but Snoop Dogg may have had no inclinations to have one from the start. A mainstream artist like him is just an individual who likes football. He is better suited as someone in the good graces of several teams to help increase notoriety for both a rapper and club. 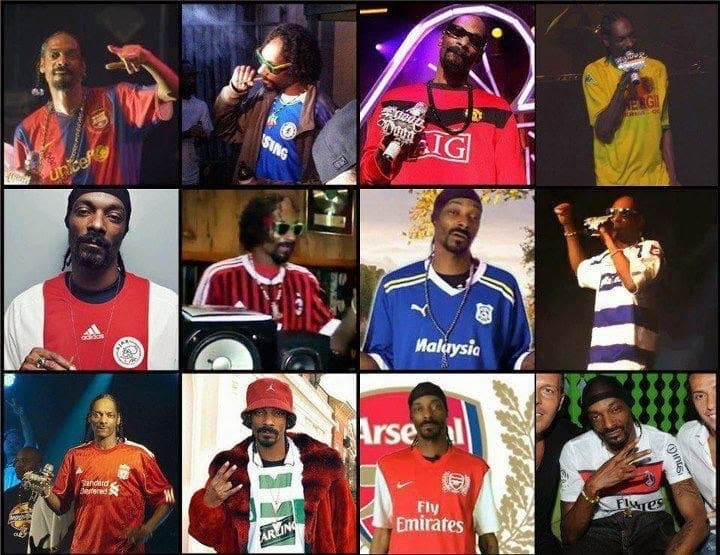 It’s important to note that football and rap are already intertwined. Sometimes support doesn’t go towards a team, but instead a player. Desiigner had previously collaborated with footballer Paul Pogba and wore a Manchester United jersey out of respect. In oth-er cases, a rapper wears a football jersey to honor a player. For example, Jay-Z has of-ten worn the Arsenal kit because of his love for Thierry Henry. Support can only stretch so far and for so long though. Game serves as a prominent example, considering he wore a Liverpool and Manchester United jersey in a span of three days.

Football jerseys are not simply bound by a rapper artist’s infatuation with a team or player. Some of them are meant to resemble who they are. Atlanta native 21 Savage created his own jersey based on the city, combining the city’s similar red and black col-ors along with images of a dagger and his infamous “Zone 6 day”.

Other times, football jerseys serve as a shout out to their roots. Atlanta United’s quick emergence in American soccer can be partially attributed to proud, diehard mainstream hip hop artists like 2 Chainz and Waka Flocka Flame. They are examples of rappers who wear football jerseys out of support. The city of Atlanta, Georgia now serves as a nurturing haven to many rappers, including the aforementioned individuals. This is not just a local endeavor either. American rapper J. Cole had gone international by wear-ing a German football jersey, presumably dedicating it to his birth country of Germany.

Speaking of J. Cole, his feature in hip hop artist Bas’ song Tribe provides another ex-ample in which rappers wearing football jerseys become a trend these artists feel they need to follow. The music video saw the rapper dressed in a PSG jersey matched with Air Jordans. PSG’s eventual collaboration with Air Jordan to create the PSG Jumpman jersey initiated those unfamiliar with football (and familiar with basketball) to wear those kinds of shirts. These artists included the aforementioned J. Cole, Travis Scott, and 6ix9ine.

Footballers and rappers serve as role models not only to the public, but to each other. Drake, for example, has discussed how music artists and athletes intertwine in that both want to be like the other. Rappers and footballers are not excluded. Australian in-ternational Joey Champness recently retired from football to chase his seemingly greater passion for American hip hop.

Though there isn’t a definitive answer for why rappers wear jerseys and considering there never will be one, it is still important to dive into the multiple reasons why. Some-times it’s for the fashion. It could be for the fame. Maybe it’s for commitment or expres-sion. It’s worth exploring considering they intertwine more than imagined.